Bisphenol A (BPA) has been the topic of scientific research investigating and evaluating the potential negative health effects in humans resulting from ingestion of the compound from foods packaged in containers that may contain residual BPA in the package structure, coating, or lining. BPA may be transferred to food contents via migration or leaching from epoxy can coatings.

Many in vitro studies have concluded that BPA is a potential endocrine disrupter. BPA is alleged to have effects that mimic and disrupt the effects of endogenous estrogens and other hormones that regulate the functionality of tissue and reproduction in animals and possibly, by extension, in humans. BPA is often termed an endocrine disrupting chemical. Many studies have also concluded an endocrine disrupting effect by BPA at extremely low doses, particularly below the tolerable daily intake (TDI) for BPA in humans. This TDI of 50 μg/kg of body weight/day established by the U.S. Environmental Protection Agency (EPA) is a calculated reference dose in humans that was based on a lowest observed adverse effect level (LOAEL) in rats and mice. These low doses below the TDI and certainly doses found above the TDI could potentially disrupt normal endocrine functionality, producing negative effects on reproduction or development.

This column is a summary of a final University of Georgia master’s degree in food technology report by Michelle Liburd ([email protected]) intended to provide an overview of BPA in epoxy can linings and the dose levels at which adverse effects are perceived. In addition, the report discusses alternatives to BPA in metal food and beverage can linings. 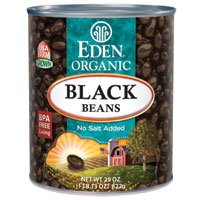 The Chemistry of BPA
Bisphenol A is a chemical utilized in the manufacture of plastics such as epoxy resins, which are used as liners in metal cans and polycarbonate plastics, a transparent safety shield previously used in baby bottles. Polycarbonate plastic uses account for the majority of BPA usage at approximately 70% of total volume. Very little polycarbonate is used in food packaging, largely for office cooler water bottles.

Epoxy resin usage accounts for approximately 30% of total BPA usage, including about 10% in the can coating industry. The incorporation of BPA into epoxy resins provides physical durability, heat resistance, and corrosion protection from other food components. Heat set thermoset epoxy resins comprise the linings of cans used in consumer food and beverages as a protective barrier between the food and beverages and the metal of the containers.

Small amounts of unreacted residual BPA, in the parts per billion range, may persist when incomplete polymerization occurs and/or the curing process is insufficient. This free BPA can leach or migrate into the contained food or beverage.

Health Effects
BPA has been implicated as a carcinogen and as a cause of coronary heart disease, obesity, and other negative health effects. Studies have investigated a variety of health metrics including levels of hormones that help regulate reproduction, markers of DNA damage, miscarriage, and chromosomal defects in fetuses, fertility, and obesity in women, effects on the tissue that lines the uterus, polycystic ovary syndrome, birth outcomes, and length of gestation. After a review of published studies, in 2008 the National Toxicology Program concluded that “there is currently insufficient evidence to determine if Bisphenol A causes or does not cause reproductive toxicity in exposed adults. There is also insufficient evidence from studies in humans to determine if Bisphenol A does or does not cause developmental toxicity when exposure occurs prenatally or during infancy and childhood.”

Many regulatory agencies such as the EPA, World Health Organization, the European Food Safety Authority, and the U.S. Food and Drug Administration (FDA), as well as many scientific institutes, have assessed and drawn conclusions regarding probable adverse health effects and have proposed legislation and regulation.

Despite increasing legislation, these actions, however, are really “baby” steps because, despite all the research, the application of BPA in food packaging has not been controlled. The many scientific studies have cited a paucity of consequential evidence demonstrating direct causal effects. All of these conflicting opinions and conclusions have, in effect, caused the true health effects of BPA from human food consumption to remain elusive.

The can manufacturing industry has largely discounted the negative health effects. Popular media coverage has, however, led to increased consumer  awareness and fear, which has resulted in proposed regulation, arbitrary restrictions, and litigation.

There has been much discussion about what constitutes a hazardous level of BPA. Low-dose effects are defined by the EPA as reported effects of chemicals at doses lower than the doses used in standard toxicological studies conducted for the assessment of risk.

Many regulatory agencies have evaluated levels of BPA intake and have calculated them as well below the current recommended TDI. Studies performed on low-dose effects on normal growth and reproduction through disruption of normal endocrine functions conclude that there are no effects on reproduction or development resulting from low-dose effects. However, in the 2008 report, the National Toxicology Program argued against dismissing the possibility that BPA may alter human development and concluded that it had “some concern for effects on the brain, behavior, and prostate gland in fetuses, infants, and children at current human exposures to Bisphenol A.” This concern was based primarily on laboratory animal studies. The limited number of existing studies on humans exposed to greater than TDI were also utilized, but the reviewers could not find sufficient data and evidence regarding development and  reproductive hazards to draw valid conclusions.

In 2008, an FDA report concluded that foods containing BPA were safe and that exposures for infants and children were less than levels that may cause health effects. After further analysis, however, in March 2012, the FDA’s conclusion was revised expressing some concern about the potential effects of low levels of BPA, even below the TDI, on the brain, behavior, and prostate gland of fetuses, infants, and children. In addition the FDA stated, “Infants are a potentially sensitive population for BPA because 1) their neurological and endocrine systems are developing; and 2) their hepatic system for detoxification and elimination of such substances as BPA may be immature.” The FDA expressed support of reasonable steps to decrease infant exposure to BPA.

Alternative Coatings for Cans
The majority of the food canning industry believes that BPA-containing epoxy coating of food packaging is safe. Yet they have acknowledged that public fears and concerns regarding BPA cannot be ignored. Thus BPA-free metal coating alternatives are under development. A few potential can coating alternatives are being used, including phenolics, polyesters, vinyls, acrylics, and oleoresins.

Not surprisingly, epoxy resins make the best coating. Polyester laminates rank next. Among the lowest are phenolics and oleoresins (Table 1). According to the North American Metal Packaging Alliance (NAMPA), there is currently “…no readily available, suitable alternative to BPA-based can coatings that meets the essential safety and performance requirements for the broadest spectrum of foods now packaged in metal containers” (NAMPA, 2009).

• Oleoresins. These coatings are made from natural gums, rosins, and drying oils. They can only be used in low acid food applications such as beans. Oleoresins tend to impart flavors to foods and additionally present staining problems with sulfur-containing foods.

• Phenolic resins. These resins are formed by condensation reaction between phenols and aldehydes. Physical properties include corrosion resistance over a wide range of pH’s, but low flexibility. They are often blended with other resins to improve resistance to sulfur staining and corrosive resistance for low pH foods.

• Polyester resins. These resins and films have been used in can coatings in Japan since the 1990s. PET film is laid over a metal-coating adhesive, which is sometimes epoxy-based. Polyester resins may be utilized instead of epoxy liners or as an overlay in epoxy undercoating, which reduces leaching up to 95%. They are not durable against high acid foods and thus have limited use.

• Vinyl. Vinyl by itself does not provide a good barrier to aggressive foods such as high pH foods because of its low resistance to corrosion. These improve when blended with epoxy and phenolic resins. Vinyl does not adhere to metal effectively, and so it is generally applied through a two-coat system methodology, with an epoxy undercoating. Vinyl liners cannot maintain their integrity during retorting and are thus used mostly for hot filling of high acid foods, or in carbonated beverage cans.

In addition, a recent corn-based isosorbide was developed and patented as a can coating by Michael Jaffe at the New Jersey Institute of Technology. The epoxy reportedly includes a water-soluble resin of glycidyl ethers of plant-derived anhydrosugars and a water-soluble curing agent for curing the resin.

BPA Alternatives Needed
BPA alternatives are needed for food packaging. Manufacturers that use BPA-containing packages, consumers, and the media are pushing the industry to develop BPA-free alternatives. These must be found despite the number of studies which claim no negative health effect. Additional research is needed to ascertain that foods packaged in BPA-containing lined packages are safe. Despite—or perhaps driven by—the controversies regarding safety and the inconsistencies among studies, the food and food packaging industries are digging into the BPA issues. The sooner that definitive answers are developed, the better for food canning interests and canned food consumers.

References cited in this article are available from the author.