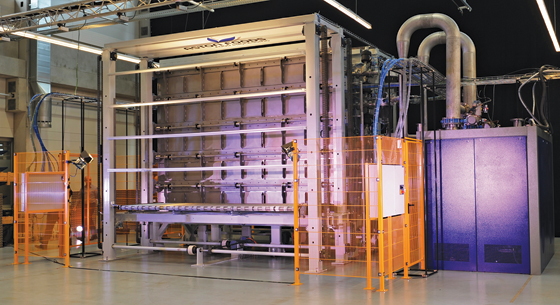 Since my first real exposure to industrial food processing was during my years at ITT Continental Baking Company, I am saddened at the recent demise of its latest manifestation, Hostess Brands. Continental Baking Co. was an innovator in baking and, for a time, in other areas of food processing. As it passed through successive owners, the company seemed to lose that competitive edge and also suffered from poor management and heavy debt.

A few illustrative examples will support my claim: Wonder bread was among the first to add nutrients beyond those required by government standards and chose to use more nutritionally available (and more expensive) forms of iron than were technically required. Continental Baking developed patented technologies to extend the shelf life of baked goods and was among the first to recognize the health benefits of fiber, which then required novel formulations to compensate for the replacement of flour with fiber. Iconic Hostess cupcakes and Twinkies required unique processes to enable addition of cream fillings without bursting the cake structure.

The company’s distribution system gave it access to nearly every supermarket and convenience store in the country, using what was once the largest vehicle fleet in the United States. When it was diversified beyond baking, Continental was the first to commercialize retort pouch shelf-stable entrees in the United States and among the first pork processors to develop lower-fat poultry-based sausages and lunch meats.

I cannot see this once proud firm disappear without noting that beyond nostalgia for its great brands, it was a dynamic innovator and a good place to work. (At Food Technology press time, Thomasville, Ga.-based Flowers Foods had submitted a bid to acquire Wonder bread, several other bakery brands, and 20 bakeries from Hostess Brands.)

Back to Baking
One of the dominant issues for most fresh baked goods is their relatively short life. Breads and cakes, in particular, firm in texture relatively quickly; this is known as staling. Low-moisture products, such as cookies and crackers, have longer shelf lives because their texture is already hard and brittle. In fact, their stability is threatened most by moisture addition.

Soft and moist baked products stale primarily due to starch retrogradation, a form of crystallization of starch molecules. The change in texture can feel like drying, but, in fact, little, if any, moisture is lost. Various formula manipulations have been developed to retard staling, including emulsifiers, enzymes that disrupt starch molecules, and lipids that interfere with staling.

Other limitations on baked goods’ shelf life include loss of aroma, which occurs within minutes of baking, and mold growth, which normally takes more than a week and can be reduced with preservatives. Mold growth is also reduced by good sanitation in the bakery, proper control of moisture and temperature after baking, and proper packaging.

Accommodating short shelf lives takes various paths. One approach is in the business model, which relies on direct store delivery, code dating, shelf management, and having an outlet for edible but somewhat aged product.

Distribution of Short Shelf-Life Products
Baked goods are not the only short shelf-life products. Fresh milk is another. Soft drinks and salty snacks use a similar system for different reasons: fast turnover, low bulk density and fragility (in the case of snacks), and relatively high margins, which can support a direct store delivery system.

Direct store delivery (DSD) relies, usually, on driver salespeople who are paid, at least partly, on commission. At one time, they often collected on the spot from the stores, giving the bakery a positive cash float, since the bakery probably paid for its flour after 30 days. This also created a challenging cash management issue, which today is mostly handled electronically. (Continental Baking developed one of the first handheld sales transaction computers, way ahead of its time.)

To maintain fresh inventory on store shelves, salespeople take back product that is close to its expiration code. What can be done with that? For bakeries, the answer was thrift stores, where close-to-expired product could be sold at a discount, recovering some of its cost. For a big bakery, these stores might be a profit center, amounting to a small grocery chain. To maintain their customer base without alienating large store customers, thrift stores kept a low profile. Sometimes they had to stock fresh product to avoid bare shelves, which pained management. One of the challenges in commercializing extended shelf-life bread was what to do about thrift stores, which would then lose their reason to exist.

Technical Solutions to the Issue of Shelf Life
Staling is accelerated at low temperatures, just above the freezing point of water. This is the reason consumers are advised not to store bread in the refrigerator. However, freezing greatly reduces staling. The challenge is to freeze baked goods so as to pass through the danger zone, between 32˚F and 40˚F, as quickly as possible.

A second question is what to freeze: finished goods, partially baked, or dough? Each approach has its benefits and challenges, and all are practiced. Finished goods have the advantage that once they are thawed, or “slacked out,” they are ready for sale. Manufacturers of sweet cakes and bread have frozen finished product for national distribution for large, centrally located facilities. There is economy of scale in baking from using bulk ingredients, large mixers and ovens, and automation. (Continental Baking was one of the first food firms to apply an industrial robot in food processing—in its case, to help switch out bread pans.)

There are offsetting costs for freezing equipment, frozen storage, and frozen distribution. Proper blast freezing requires low temperatures and high air velocities. A holding freezer is not designed to remove heat from product quickly, and so product frozen slowly in such a device will quickly stale. The benefits, when done properly, outweigh the costs such that this model has been successful for several firms.

Partially baked (par baked) products are baked for just over 70% of the normal time so that their structure is set, but full color is not developed. Such products are intended to be finished in the consumer’s home or in a store bakery. By not requiring mixing, forming, and proofing in the store or home, less skill and time are required. Because the pieces have their final shape, they take as much volume as the finished products do in storage and shipping. Par baked products may be shelf stable for a time. If they do begin to stale, the finish baking will partially reverse the condition. Thus storage and shipping par baked products can be less expensive than for frozen products. Part of the appeal of in-store baking is the appetizing aroma of fresh baked goods, so par baking can capture that benefit without the need for skilled labor or expensive frozen storage.

Finally, unbaked dough can be prepared and shipped frozen or refrigerated. Dough may be proofed or not; proofed dough takes up more volume because it expands. On the other hand, live yeast may die off during storage at frozen or refrigerated temperatures. In some cases, yeast may be added to unproofed dough at the point of use. Dough for bread, rolls, and pizza crusts are routinely prepared and shipped for foodservice and grocery store bakeries.

In the preparation of croissants and some other baked products, dough is cooled as a process step, called retarding. This may be used to even out demand, but it also can contribute to desirable texture by inducing some retrogradation, which toughens the dough for subsequent lamination, in the cases of croissants and Danish pastries.

In normal baking, cooling follows the baking step, and can take a variety of forms. The most common is ambient cooling for 3 to 4 hrs, depending on the size of the product. Ambient cooling is obviously subject to seasonal conditions, which can affect quality. To conserve space, cooling often occurs above the oven on race track–shaped conveyors. This is a strange place to do cooling, as it often is the warmest area of the bakery.

A better practice is cooling using conditioned air for which relative humidity and temperature are controlled. It is important to minimize moisture loss during cooling, but also important to get center temperature below 100˚F so moisture is not subsequently released in the package. Such moisture could then condense, creating conditions for mold growth. Cooling is also important for slicing bread without causing collapse of the loaf. Vacuum cooling accelerates cooling by removing some moisture carefully under reduced pressure. Aston Foods AG, Rotkreuz, Switzerland, offers such equipment, according to Patrick Duss, Chief Executive Officer ([email protected]).