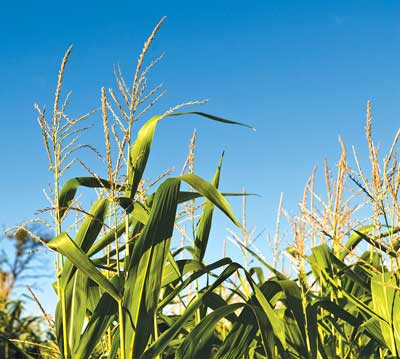 Family farming plays a major role in creating the healthy food systems we need to lead healthier lives, according to José Graziano da Silva, director-general of the Food and Agriculture Organization of the United Nations (FAO), who spoke during the organization’s celebration of the 2014 World Food Day on October 16. Family farming can play a significant role in addressing concerns facing the world’s food supply and social issues that affect people around the world. Because of the importance of family and small farms on the global food supply and their value in preserving natural resources, the FAO dedicated the 2014 World Food Day to the theme of Family Farming: Feeding the World, Caring for the Earth.

The FAO specifically points out how family and small-scale farming can help to end hunger and poverty, provide food security and nutrition, improve the livelihood of the farmers and their families, manage natural resources, and achieve sustainable development. The farms touch all areas of agriculture such as fruit, vegetable, and grain crops, fisheries and aquaculture production, animal production, and forestry. Family farmers produce 84% of all produce in the United States; 84% of yam, rice, manioc, maize, and bean production in Fiji; and 40% of the production of a selection of major crops in Brazil, according to the FAO.

Of the more than 570 million farms in the world, at least 500 million are family farms, meaning nine out of every 10 farms are family farms, according to the FAO. But many family farmers, especially subsistence farmers, are part of the 70% of the world’s food-insecure population that lives in rural areas, explained Silva. “As such, family farms exemplify cases of successful agriculture, but also rural poverty.”

The diversity of family and small-scale farmers means that there is not just one approach to supporting them, Silva reminded those gathered at the World Food Day meeting in Rome, Italy. Strengthening these farms to help bolster their efforts at easing hunger and guaranteeing food security involves concerted efforts on the part of governments, the agriculture industry, and the farmers.

The FAO, which has been doing extensive work in this area during 2014 in what the United Nations has called the International Year of Family Farming, proposes that governments recognize the contributions of family and small-scale farmers by including them in national dialogues and policies. Targeted agricultural, environmental, and social policy initiatives that support the farmers can include such things as improving access to technology, land and natural resources, finance, and extension services, according to the FAO.

Finally, Silva emphasized innovation in the areas of technology, policies, and research as a key to improving family and small-scale farms, stating that “family farmers need to be protagonists of innovation.”

He added, “Only this way can they take ownership of the process and ensure that the solutions offered respond to their needs.”

A number of organizations and media outlets have dedicated websites to educating the public about world food issues. The Institute of Food Technologists’ FutureFood 2050 website features a wealth of information about world food issues and how science and technology and social and government changes can help bring about change. Highlights include an interview with former United Nations leader Kofi Annan in which he explains the importance of smallholder farms, articles about solutions for feeding the world, articles about the role that women play in food security in developing nations, and much more. Visit FutureFood2050.com for a close-up look at the efforts of experts who are working to bring beneficial changes to the global food supply.