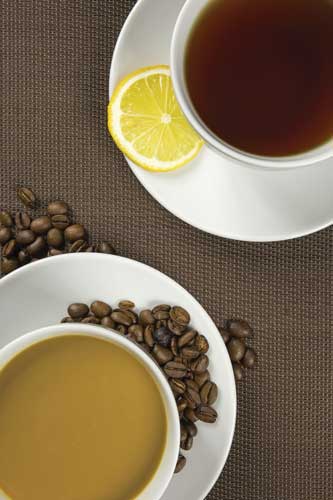 Caffeine (1,3,7-trimethylxanthine) has been consumed in coffee, tea, and chocolate for hundreds of years and in soft drinks for more than 120 years. It is also consumed as an additive in energy drinks and dietary supplements. It occurs naturally in more than 60 plants, including coffee beans, tea leaves, kola nuts, and cocoa pods; it is also synthetically manufactured. The caffeine content of foods and beverages varies with the type of product and the method in which it is prepared. The major food sources of caffeine are coffee, soft drinks, and tea. An eight ounce serving of regular brewed coffee contains 75.2 mg –164.8 mg of caffeine, regular brewed tea contains 15.2 mg – 47.2 mg, cola soft drinks have 24.0 mg – 46.4 mg, other carbonated soft drinks have 17.2 mg– 55.2 mg, and energy drinks contain 27.2–164.0 mg. Caffeine is rapidly absorbed from the gastrointestinal tract and metabolized in the liver. Among its beneficial effects are enhancement of mental alertness, concentration, and physical endurance and reduction of fatigue. It has also been linked to weight loss. Studies have shown that moderate consumption of naturally occurring caffeine, such as in coffee and tea, by healthy adults is not associated with adverse health effects, but concerns have been raised about the effects on other populations such as children and people with health problems. As a result, the safety of caffeine and caffeine-containing foods and beverages has been the subject of numerous reviews, conferences, publications, and regulatory actions over the years.

U.S. Food and Drug Administration
The U.S. Food and Drug Administration (FDA) cites the view of HealthCanada that daily consumption of 400 mg of caffeine—about four or five cups of coffee—is safe for healthy adults. The FDA has not defined moderate and excessive intake levels for children and adolescents. The use of caffeine in cola-type beverages at up to 200 parts per million is generally recognized as safe (GRAS), but there have been concerns about the effect of caffeine consumption at higher levels, caffeine consumption by children and pregnant women, and possible over-consumption because of a wide variety of products containing added caffeine. Attention has also been focused on energy drinks and beverages that contain caffeine and other stimulants that are usually marketed to improve energy, stamina, athletic performance, or concentration. The FDA has warned or taken action against several types of products containing added caffeine, including the following.

Caffeinated gum. On May 8, 2013, William Wrigley Jr. Co., Chicago, Ill (www.wrigley.com), announced that it was suspending the production and marketing of Alert Energy Caffeine Gum after discussions with the FDA regarding the agency’s concern about the proliferation of caffeine in the food supply. 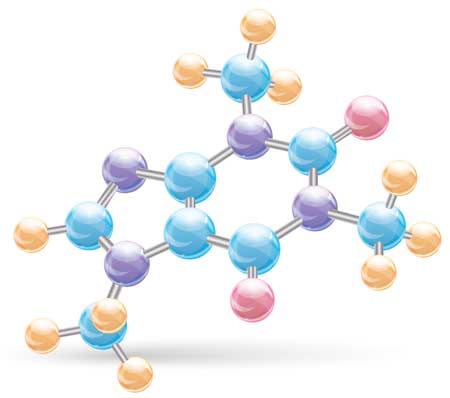 Institute of Medicine
On August 5, 2013, at the request of the FDA, the Institute of Medicine (IOM) held a workshop to review the available science on safe levels of caffeine consumption in foods, beverages, and dietary supplements and to identify data gaps. On January 17, 2014, the IOM published the report “Caffeine in Food and Dietary Supplements: Examining Safety– Workshop Summary.” The report summarized the presentations and views of the workshop participants, stating that 1) caffeine intake could have detrimental health consequences in children and adolescents; 2) not enough is understood about potential interactions between caffeine and other ingredients in foods and beverages; and 3) more research is needed to identify individual differences in reactions to caffeine and to identify vulnerable populations, including children with underlying heart conditions and individuals genetically predisposed to heart conditions.

European Food Safety Authority
In 2013 the European Food Safety Authority (EFSA) asked its Scientific Committee on Food (SCF) to evaluate potential adverse health effects that may arise after the consumption of caffeine either alone or in combination with alcohol and/or other substances such as energy drinks. On January 15, 2015, the EFSA published its “Draft Scientific Opinion on the Safety of Caffeine,” in which the SCF concluded that 1) single doses of caffeine up to 200 mg and daily intakes of up to 400 mg do not raise safety concerns for adults in Europe, 2) it is unlikely that caffeine interacts adversely with other constituents of energy drinks or alcohol, 3) caffeine intakes of up to 200 mg/day by pregnant women do not raise safety concerns for the fetus, 4) daily intakes of 3 mg/kg of body weight are considered safe for children aged 3 to 10 years and adolescents aged 10 to 18 years, and 5) single doses of 100 mg may increase the amount of time it takes to fall asleep and shorten sleeping time in some adults. The EFSA asked for public comments on the draft document by March 15, 2015.

Energy Drinks Conference
Attendees at the First International Energy Drinks Conference, held November 6–7, 2014, at Deakin University in Australia, reviewed the evidence regarding the safety of energy drinks. They put together a statement of concern that summarized research findings and provided recommendations for policy change, further research, improvement of clinical and professional practice, and the role of industry. They recommended that governments around the world limit the caffeine level allowable in energy drinks, ban the sale of energy drinks to anyone under 18 years of age, limit the availability of caffeine to children, increase the information supplied to consumers, and ban premixed alcohol and energy drinks.

The conference attendees also identified needs for further research, including the safety of energy drinks containing caffeine at levels above 200 mg/L, especially for individuals younger than 18; the long-term health effects of other ingredients besides caffeine, such as guarana and taurine, in energy drinks and their interactions; and the effect(s) of energy drinks on sleep, cognitive function, and academic performance.

U.S. Dietary Guidelines
Every five years, the U.S. Dept. of Health and Human Services (HHS) and the U.S. Dept. of Agriculture (USDA) issue revised Dietary Guidelines for Americans, providing the latest science-based nutrition recommendations for preventing disease and promoting healthy, active lifestyles. A federal advisory committee of outside experts reviews the scientific literature and submits recommendations to the departments for consideration in preparing the next edition. On February 9, 2015, after spending two years reviewing the scientific literature, the committee submitted the “Scientific Report of the 2015 Dietary Guidelines Advisory Committee.” On February 23, 2015, the FDA announced the availability of the scientific report and asked for public comments by May 8, 2015. The agency also announced that a public meeting would be held on March 24, 2015. The FDA said that the HHS and the USDA will consider the advisory committee’s nonbinding recommendations and the public comments received in preparing the 2015 dietary guidelines.

Among the organizations that submitted comments regarding caffeine was the American Beverage Association (ABA), the trade association representing the companies that manufacture and distribute non-alcoholic beverages in the United States. On February 19, 2015, the ABA said that, among other things, the advisory committee went beyond its scope in examining the safety of caffeine, which has repeatedly been deemed safe by the FDA for decades. It said that the committee focused on energy drinks whereas other sources of caffeine, such as coffee, contain the same and often significantly higher amounts of caffeine and contribute a much larger proportion of caffeine to the American diet. According to the ABA, a 16-ounce energy drink typically contains 160 mg – 240 mg of caffeine while the same-size coffeehouse coffee contains 300 mg – 330 mg. The organization has published “Guidance for the Responsible Labeling and Marketing of Energy Drinks.”

IFT Resources on Caffeine
“Evaluation of Caffeine Safety,” by the IFT Expert Panel on Food Safety & Nutrition, was published in the June 1987 issue of Food Technology.

“Caffeine (1,3,7-trimethylxanthine) in Foods: A Comprehensive Review on Consumption, Functionality, Safety, and Regulatory Matters,” by M.A. Heckman et al., was published in the April 2010 issue of Journal of Food Science.

“The Buzz on Caffeine: New Developments in the Safety and Regulation of Foods and Dietary Supplements,” was a symposium presented at the 2014 IFT Annual Meeting & Food Expo.