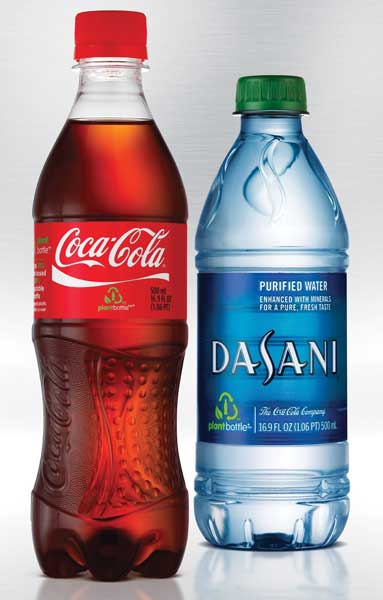 Biomass
For the production of fuels, chemicals, and bio-based plastics, biomass is an abundant renewable source. Biomass consists of carbohydrates, lignin, lipids, and proteins and is the only widely available carbon source apart from oil and coal. Carbohydrates form the largest natural source of carbon. First-generation bio-based products derived from corn, soya, and wheat are evolving into second-generation products derived from lignocellulosic feedstocks such as agricultural residues and energy crops. Origin Materials oxidizes sugars from trees to form building blocks of bioderived polymers, and lignin is used as a replacement for oil-based phenolic materials. However, profitable use of biomass has been a challenge. For example, biomass from forestry requires dedicated fractionation and purification of by-products to make production of biomass profitable. As markets for non-oil-derived materials grow and governmental rulings such as the European Renewable Energy Directive become more prevalent, profitability may increase.

Biomass Building Blocks
Sugars from biomass are dehydrated to generate hydroxymethylfurfural (HMF) and methoxymethylfurfural (MMF) (Chernyshev et al. 2017). HMF is often used as an index of deteriorative changes that take place during excessive heating or prolonged storage of foods. The most widely described route for the formation of HMF is by acid-catalyzed dehydration of a hexose, in which three water molecules are consecutively removed from the sugar molecule. Converting the dominant sugar in cellulosic biomass (glucose) into HMF remains a great challenge, and the conversion is achieved by isomerization of glucose into fructose, which is then dehydrated to yield HMF. Producing HMF and MMF from fructose is highly efficient; Avantium dehydrates fructose in methanol to produce MMF. After generation and purification of HMF or MMF, monomers 2,5-furan dicarboxylic acid (FDCA) or furandicarboxylic methyl ester (FDME) are generated (van der Waal et al. 2016).

FDCA is a monomer for polyethylene furanoate (PEF), and FDME is the methyl ester of FDCA and a monomer for polytrimethylene furandicarboxylate (PTF). Avantium has operated an FDCA pilot plant in the Netherlands since 2011. In 2016 it formed a joint venture with BASF called Synvina to build a facility in Belgium with the capacity to generate 50,000 metric tons of FDCA per year through oxidation. In contrast, Corbion utilizes biocatalytic microbes to consume HMF, resulting in 99% of HMF being converted to high-purity FDCA. The poor solubility of FDCA in common organic solvents or its tendency to decompose at temperatures greater than about 350°F have caused some chemical companies to seek alternatives such as FDME. In 2016 DuPont Industrial Biosciences and Archer Daniels Midland announced a new process for turning fructose into FDME, resulting in a pilot plant in Decatur, Ill., with the capacity to produce 60 tons of FDME a year.

Bio-Polymers
FDCA replaces terephthalic acid in PET and is polymerized with renewable ethylene glycol to 100% bio-based polymer bio-PEF. Synvina is the first commercial-scale plant to produce bio-PEF that can be used on its own or in combination with PET for flexible or rigid packaging. For example, bio-PEF is being explored as a thin layer to improve barrier properties of PET packaging. Like PET, bio-PEF can be stretched into a biaxially oriented film for packaging cheese and meat. The gas and water vapor–barrier properties of bio-PEF and its mechanical and thermal properties are superior to those of PET (see table). The European PET Bottle Platform has given interim approval—with some restrictions—for bio-PEF to go to recyclers. A stream of up to 2% of bio-PEF bottles can be recycled with PET without resulting in a hazy appearance. Recyclers can also use near-infrared sorting technology to separate bio-PEF bottles for recycling (Eerhart et al. 2012).

DuPont uses FDME to replace dimethyl terephthalate in PET to produce PTF through polymerization with Bio-PDO (1,3-propanediol). By weight, bio-PTF costs two to four times as much as PET, but aside from being completely bio-based, the performance of PTF is an improvement upon PET. Compared to PET, PTF is up to 60% stronger and a better gas barrier, which means that packages can use much less plastic to provide the same level of protection (Saltzberg 2017).

Bio-PE, bio-PET, and bio-polypropylene are known as drop-in biopolymers since they exhibit the same characteristics as their non bio-derived versions. Bio-PE is produced by the catalytic dehydration of bio-ethanol to yield bio-ethylene, followed by the same polymerization as oil-derived PE. It is recyclable; is not biodegradable; and has the same properties, processing, performance, and recycling as PE made from natural gas or oil feedstocks. Major producers are in Brazil and employ sugar from cane as the starting biomass. Bio-PE costs about 30% more than petrochemical-based PE. Braskem is the main supplier of bio-PE and uses two and a half acres of sugar cane to yield three tons of bio-PE. Bio-PE has been integrated into structures where PE would normally be used.

In contrast to PEF and PTF, which are derived from FDCA and FDME, bio-based PET is produced from bio-based ethylene glycol and bio-based terephthalic acid. Ethylene glycol is produced from bio-ethanol that is derived from the fermentation of glucose and sorbitol or from cellulose using a carbon-supported tungsten carbide catalyst. Bio-based PET is more expensive than PET derived from fossil fuels (Rabnawaz et al. 2017). Bio-based terephthalic acid is derived from paraxylene via various sources such as sugarcane, corn, and woody biomass. In 2009 the Coca-Cola Co. announced the release of its PlantBottle, made from a blend of petrochemical-based material and up to 30% plant-based material (ethylene glycol from molasses), resulting in a 25% reduction in carbon emissions.