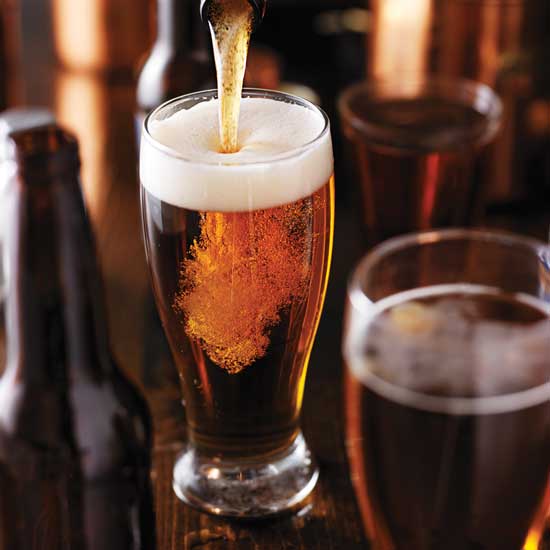 The results showed that the principal component analysis explained 64% of data variability with correlations found between foam-related descriptors from sensory and RoboBEER, such as the positive and significant correlation between carbon dioxide and carbonation mouthfeel, correlation of viscosity to sensory, and maximum volume of foam and total lifetime of foam.

The researchers concluded that using RoboBEER to assess beer quality was “a reliable, objective, accurate, and less time-consuming method to predict sensory descriptors compared to trained sensory panels. Hence, this method could be useful as a rapid screening procedure to evaluate beer quality at the end of the production line for industry applications.”

Among the items stoking market growth is the surging interest in on-the-go breakfast options such as biscuits and cereal bars. In addition, the expanding base of health-conscious consumers focused on reducing calorie intake by replacing traditional breakfast options with breakfast cereals is providing a positive influence, as is a rise in vegetarianism.

With increasing demand for breakfast cereals, manufacturers are adopting newer technologies and equipment to enhance the shelf life of products. Innovative enzyme technologies and bioprocessing, coupled with high-pressure processing technology, are being utilized to improve the overall safety, quality, and nutritional traits of oats-based foods.

Fatty diet reprograms fat cells
Precursor fat cells can be damaged in as little as 24 hours when exposed to the fatty acid palmitate or the hormone TNF-alpha through a fatty diet, according to a study published in the International Journal of Obesity. As a result of exposure, the reprogrammed cells develop into dysfunctional fat cells later in life, an effect found in obese patients suffering from type 2 diabetes.

During the study, researchers collected fat tissue from 43 individuals undergoing planned operations. Of the patients, 15 were lean, 14 were obese, and 14 were obese and suffered from type 2 diabetes. The team learned that the cells from the obese patients suffering from type 2 diabetes had been reprogrammed and did not function like normal, healthy fat cells. When the researchers exposed healthy precursor fat cells to the two external factors for just 24 hours, they were able to mimic the reprogramming observed in cells from the diabetic patients.

“Our results stress the importance of a healthy diet and lifestyle for our metabolic health in the years to come,” says lead author Romain Barrès. “To a large extent, a healthy diet and healthy lifestyle can help prevent the reprogramming of our precursor cells. In the long term, we hope our study may be at the origin of new strategies to reverse the abnormal programming of fat precursor cells, making them healthy and functional once again.” 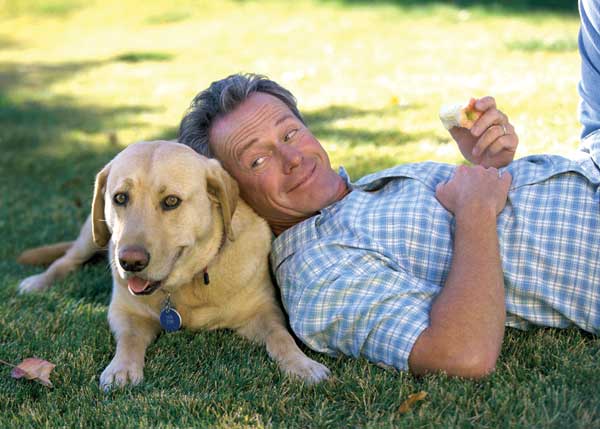 More than man’s best friend?
Dog and human gut microbiomes have more similar genes and responses to diet than previously thought, according to a study published in Microbiome.

Luis Pedro Coelho and colleagues from the European Molecular Biology Laboratory, in collaboration with Nestlé Research, evaluated the gut microbiome of two dog breeds and found that the gene content of the dog microbiome was more similar to that of humans than the microbiomes of pigs or mice.

The researchers conducted a randomized, controlled trial using 64 dogs, with equal numbers being lean and overweight. The dogs were fed a base diet of commercially available dog food for four weeks and were then randomized into two groups. One group consumed a high-protein, low-carbohydrate diet and the other consumed a high-carbohydrate, low-protein diet for four weeks.

The researchers found that changes in the amount of protein and carbohydrates in the diet had a similar effect on the microbiota of dogs and humans. The microbiomes of overweight dogs were more responsive to a high-protein diet compared with microbiomes of lean dogs, a finding consistent with the idea that healthy microbiomes are more resilient.

“These findings suggest that dogs could be a better model for nutrition studies than pigs or mice, and we could potentially use data from dogs to study the impact of diet on gut microbiota in humans, and humans could be a good model to study the nutrition of dogs,” concluded Coelho.

Fermentation making a comeback
Natural preservation techniques like fermentation are gaining ground as consumers increasingly shift from processed foods to those with fewer chemical preservatives, according to GlobalData’s Global Consumer Survey 2017 findings.

“Growing consumer awareness about the link between ‘gut health’ and overall health and wellness is a major factor driving the renewed focus on fermented foods,” says Bobby Verghese, consumer markets analyst at GlobalData. This awareness, coupled with the rising popularity of Eastern foods and beverages like kimchi, kombucha, and kefir, is bringing fermentation into the spotlight.

Another stimulus to fermented food and drinks is their appeal to youthful consumers, as evidenced by GlobalData’s finding that 49% of Millennial and Gen Z consumers like to experiment with new and unusual food flavors.

News Bites
• American Egg Board’s 2018 Incredible Breakfast Trends will be interviewing nationally acclaimed chefs to learn how they bring a breakfast trend to life on their menu.

• Givaudan, an international leader in flavors and fragrances, has entered into an agreement to acquire 40.6% of the shares of Naturex, a leader in natural ingredients.

• The Hershey Co. announced Cocoa For Good, its holistic cocoa sustainability strategy, designed to address the most pressing issues facing cocoa-growing communities through collaborative programs, partnerships, and investment, including a half-billion-dollar commitment by 2030.

• Lampados International has completed a plant expansion for the production of Liteez, a vegan, 3-D meringue kiss sweetener for hot beverages. The new facility was designed according to eco-friendly principles to dramatically reduce energy and water use.

• MGP, a leading U.S. supplier of premium distilled spirits and specialty wheat proteins and starches, has committed to sourcing 100% of its electricity needs from renewable wind power.

• Monsanto and Pairwise Plants, an agricultural start-up, have announced a collaboration to advance agriculture research and development by leveraging gene-editing technology. Under the agreement, Pairwise will work in corn, soybeans, wheat, cotton, and canola crops exclusively with Monsanto.

• Opertech Bio announced the opening of its new taste evaluation facility in Philadelphia.

• Parker Products, a provider of inclusions and other specialty ingredients, held a grand opening ceremony for its new manufacturing facility in Fort Worth, Texas.

• Perdue Farms is investing more than $15 million at its Milford, Del., facility on a higher-welfare controlled atmospheric stunning (CAS) system, plus a live-bird handling process that will be the first of its kind in the United States.

• SPINS, a provider of retail consumer insights, analytics, and consulting for the natural, organic, and specialty products industries, has acquired FoodFacts, a consumer awareness platform for transparency into nutrition data, ingredients, allergens, and sensitivities.

• tna has opened a state-of-the-art manufacturing facility in the Netherlands, further reinforcing its position as a leading manufacturer of food processing equipment for the potato and vegetable processing industries.

• Unilever has announced a partnership with start-up company Ioniqa and Indorama Ventures, the largest global producer of PET resin, to pioneer a new technology that converts PET waste into virgin grade material for use in food packaging.