A few years ago, the World Health Organization declared that processed meats—bacon, hot dogs, sausages, deli meats, and so on—can cause cancer. The justification for this conclusion was largely founded on the fact that many processed meats are cured with nitrates and nitrites, which have had a reputation for being toxic to health for a number of decades. But what if all of the warnings and links to poor health outcomes were based on inconclusive science? Moreover, what if nitrates and nitrites are actually good for human health, and the avoidance of them may be causing another health crisis? For this reason, nitrates and nitrites may simply be the ultimate case of alarmist scientists (and vegans and vegetarians) crying wolf. 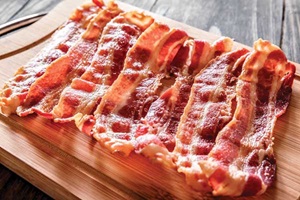 Nitrates (NO3) and nitrites (NO2) are chemical compounds containing nitrogen and oxygen atoms, and since the 1940s and 1950s, they have been linked with toxic outcomes, including forms of cancer, thyroid problems, and reproductive issues. On October 26, 2015, the World Health Organization and the International Agency for Research on Cancer issued a press release stating that red meat is probably carcinogenic to humans, classifying it as a group 2A carcinogen, and that bacon and other processed meats are carcinogenic to humans, putting them in the same category (group 1) as tobacco and asbestos. This categorization has likely scared some people into avoiding processed meats altogether, but it is based on epidemiological studies and animal studies. The human studies associating cancer with nitrates and nitrites have been focused predominantly on disproportionate nitrate exposure from water supplies containing excessive levels of nitrate or are epidemiological studies that show association, not causation. The animal studies involved exposing rats to excessive amounts of nitrates, and the rats developed types of cancers that occur spontaneously in rodent species and that can never develop in humans.

“We actively ignore what does not fit into our cultural paradigm,” says Richard Lane, a toxicologist. “Every chemical is its own paradox.” Lane says that context for toxicology data on nitrates and nitrites is not just missing; it is forcibly suppressed. Usually, because of toxicology data, chemicals receive a designation—such as toxic, carcinogen, or endocrine disruptor—and are put on a list and condemned. There are many compounds (e.g., vitamins A, B6, C, D, and E; calcium; and iron) that are considered essential to good health in small doses, but in excessive amounts, they cause serious problems, including death. And this concept of ‘the dose makes the poison’ certainly applies to nitrates and nitrites. 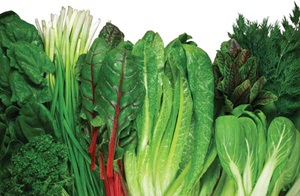 Nitrates and nitrites occur naturally in soil and water and, in the forms of sodium nitrate and sodium nitrite, are commonly used to cure processed meats: These compounds prevent pathogenic microbes—such as Clostridium botulinum, which can cause botulism—from growing in processed and cured meats and keep the meats from turning an undesirable color (e.g., from pink to brown). “We use nitrates and nitrites in products such as jerky, ham, and bacon; we also use [them] in sausage,” says Sulaiman Matarneh, an assistant professor with Utah State University. “We use them in many processed meat products because they give very good color to the products. They also give a distinct flavor.” Nitrates and nitrites are also commonly found in plants. In fact, nitrates are essential to supply plants with nitrogen, which plants need to grow. Moreover, vegetables are the biggest source of nitrates in the human diet: Virtually all vegetables contain far more nitrates than processed meats and constitute at least 85% of nitrate consumption in humans; cured processed meats account for only 6% of nitrate consumption.

Nitrates and nitrites are interrelated by oxidation reduction; nitrite is the breakdown product of nitrate. Many experts believe that nitrates are relatively harmless until they break down into nitrites. Five percent of ingested nitrate is converted in vivo to nitrite, which can bind to ferrous hemoglobin to form ferric hemoglobin (methemoglobin), or it can be transformed into nitric oxide (nitrate → nitrite → nitric oxide). Nitrites can also combine with amines in the gastric juices of the stomach to form nitrosamines. Methemoglobin cannot transport oxygen, and its presence interrupts the normal transport of oxygen to organs and tissues, resulting in toxicity, and nitrosamines have proven to be carcinogenic in animals. But nitric oxide is a molecule that is integral for human health because it maintains the health of blood vessels, lowers blood pressure, protects against heart attack and stroke, regulates gut motility, acts as a neurotransmitter in the brain, and plays a role in the apoptosis of cancer cells. “Nitric oxide is one of the most important molecules produced in the human body,” says Nathan Bryan, an adjunct assistant professor at Baylor College of Medicine and a global authority on nitric oxide. The body makes nitric oxide through two pathways: One is by an enzyme (nitric oxide synthase) that converts the amino acid L-arginine into nitric oxide, and the other is through the breakdown of foods that contain nitrates and nitrites via bacteria in the mouth.

According to Bryan, most (if not all) cardiovascular disorders and chronic diseases are related to the loss of nitric-oxide production. He says that nitric oxide is imperative for vasodilation and other health benefits and that a loss of nitric oxide leads to atherosclerosis. Bryan also believes that virtually every chronic disease is associated with reduced nitric oxide production; his 17 years of research indicate that nitric oxide is the foundation for how the human body works. Fifty percent or more of nitric oxide bioactivity is determined by intake of foods containing nitrates or nitrites, and the bulk of nitrates and nitrites in the human diet comes from plant foods. A study in 2010 indicated that dietary nitrate reduces body weight, blood pressure, and related health problems. Nitrates and nitrites occur naturally in breast milk (specifically, the colostrum), which is arguably nature’s most perfect food; however, they are not allowed in infant formula formulations because of safety concerns. Bryan asserts that some infants who are not breastfed develop necrotizing enterocolitis and that this is a direct result of the absence of nitrates and nitrates in the infants’ diet.

Bryan estimates that most of the U.S. population is deficient in nitrate, consuming only about 150 mg of nitrate per day; he says that nitrate intake should be 300 mg to 400 mg per day. This means people should be eating more nitrate-rich foods such as leafy green vegetables, beets, radishes, and even processed meats (in moderation). Because conventionally grown plant foods have higher levels of nitrates than organic plant foods do, Bryan says that people who eat only organic vegetables and fruits, could be adversely affecting their cardiovascular health. In fact, the association between reduced levels of nitrate and nitrite in the body and cardiovascular disease and other poor health outcomes is so significant, Bryan believes it may be time for dietary guidelines that recommend the consumptions of foods containing nitrates and nitrites.

Nitrates and nitrites have been abused for decades, Lane says. Consumers who may still view nitrates and nitrites in processed meat cautiously can take comfort in the fact that the U.S. Department of Agriculture carefully controls the levels of nitrates and nitrites in meat products. These compounds, as with other food compounds such as micronutrients and phytochemicals that are considered beneficial to health, are dangerous only when consumed in excessive amounts (i.e., 3 to 5 grams of nitrates, which is equivalent to 6,000–10,000 servings of cured meat, at one sitting). “You have to consume a lot for them to induce cancer, … but at the amount we consume, that’s not possible at all,” Matarneh adds. “I don’t see a problem with these, honestly, because in order to get to the unsafe limit determined by the [U.S. Department of Agriculture], you would have to eat maybe a container of bacon of day. Who does that? No one.”

It thus seems that it is okay to have a bacon sandwich—just be sure it comes with a side of spinach or other vegetables.