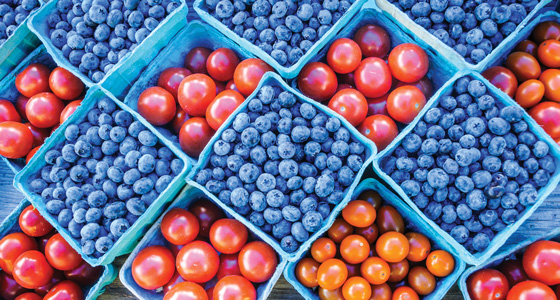 Using Salmonella as a model microorganism, the researchers inoculated the produce using spot inoculation and dip inoculation to simulate potential contaminations during irrigation, harvest, transportation, and processing. Tests were conducted with two intensity levels of PL and UV for one and two minutes.

The researchers concluded that the two light systems showed a similar decontamination effect on fresh produce, demonstrating that the UV system could be used to replace the PL system to reduce equipment cost.

Flavor innovation is also driving the global snack industry, and Mintel research reveals that two-fifths of urban Indonesians would like to try dishes with a combination of sweet and savory flavors, while half of urban Chinese consumers are interested in snacks with an exotic flavor (e.g., sweet and salty).

“As competition in the snack food industry stiffens, brands need to offer new and pleasantly surprising products to stand out,” says Marcia Mogelonsky, director of insight, Mintel Food & Drink. “Exploring different styles of flavor combination can be interesting, particularly as it introduces the element of novelty to consumers. For manufacturers in Asia, success will rely on finding the right balance between sweet and savory—especially with current interest levels among Asian consumers.” 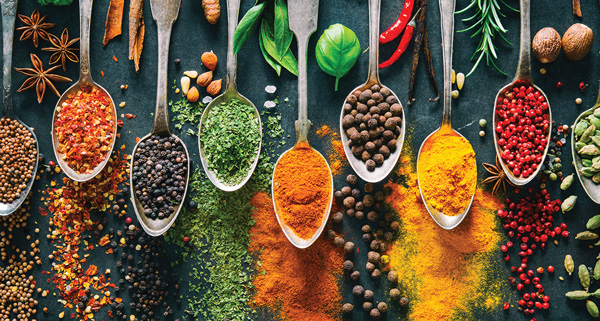 Healthy growth for seasonings and spices
The global seasonings and spices market size is expected to reach $20.5 billion by 2025, expanding at a compound annual growth rate (CAGR) of 3.9% during the forecast period, according to a new report by Grand View Research. Changing taste preferences, rising disposable income, and the large number of international and local players are among the trends escalating market growth.

Increasing demand for authentic cuisines on a global level is bolstering the usage of spices and herbs in sauces and dressings. Changing consumer preferences related to flavor in foods and snacks is projected to prompt manufacturers to introduce products that are appealing, high-quality, and reliable, thereby maintaining consistent standards globally.

Ready-to-use spice mixes are gaining popularity among consumers, as they save time and effort and provide consistency in taste. Hectic lifestyles, a growing demand for convenience in food preparation, and increasing disposable incomes are also driving popularity. In addition, seasoning and spice companies are starting advertising campaigns to encourage consumers to try recipes at home.

Energy drink consumption on the rise
Over the past decade, energy drink consumption in the United States has increased substantially among adolescents, young adults, and middle-aged adults, according to a new study appearing in the American Journal of Preventive Medicine. The study found that energy drink consumers had significantly higher total caffeine intake compared with non-consumers, and the beverages represented a majority of their total daily caffeine.

Energy drinks have a caffeine content that ranges from 50 mg to 500 mg per serving, compared with 95 mg for an 8-ounce cup of coffee. Although moderate caffeine intake (up to 400 mg/day for adults and 100 mg/day for teens) is considered safe, higher volumes may pose health risks such as mental health strain and increased blood pressure, according to the study authors.

“The increasing use of energy drinks, especially among young adults, is cause for concern and warrants continued study and surveillance,” explained senior author Sara N. Bleich, Department of Health Policy and Management, Harvard T.H. Chan School of Public Health. “Although the beverages are marketed to reduce fatigue and improve physical and mental performance, frequent consumption of these highly caffeinated and sugary beverages has been linked to negative health consequences,” she adds.

U.S. Food and Drug Administration (FDA) regulations require that energy drink labels indicate if the product contains caffeine, but the FDA does not impose a caffeine limit or require reporting of the actual level of caffeine. While some energy drink companies are taking part in voluntary labeling initiatives, Bleich noted, “Our findings point to the need for an evidence-based upper caffeine limit and consistent labeling on these beverages to reduce the potential negative health impact on consumers.”

But it tastes so good!
Scientists at the University of North Carolina School of Medicine may have uncovered the reason why it’s so hard to stop eating tasty, calorie-dense foods even after we are full. Thomas Kash and colleagues discovered a specific network of cellular communication, called the mammalian brain circuit, that emanates from the emotion-processing region of the brain and motivates mice to keep eating tasty food even though their basic energy needs have been met.

The circuit is a by-product of evolution, when calorie-rich meals were scarce and brains were wired to devour as many calories as humanly possible. “The circuit seems to be the brain’s way of telling you that if something tastes really good, then it’s worth whatever price you’re paying to get to it, so don’t stop,” Kash notes.

Recent experiments have suggested that our wiring for pleasure-based, or hedonic, feeding involves nociceptin, a small protein that works as a signaling molecule in the mammalian nervous system. Compounds that block nociceptin activity curb hedonic bingeing on tasty, calorie-rich foods. Thus, drug developers have eyed these antagonists as potential anti-obesity, anti-binge-eating drugs, and researchers have been eager to identify the specific brain circuits through which they work.

Although there are multiple nociceptin circuits in the brain, Kash and colleagues observed that one in particular became active when the mice binged on calorie-rich food. The circuit projects to different parts of the brain, including those known to regulate feeding, but starts in an emotion-processing region called the central amygdala. Deleting about half of the nociceptin-making neurons in this circuit reduced the mice’s bingeing and kept their weight down when they had access to rich food, without affecting their intake of ordinary chow.

Barry Callebaut has launched ruby chocolate, created from select cocoa beans to create a unique sensory profile of fresh berry-fruit, in the United States and Canada.

Cargill will break ground on the construction of a state-of-the-art pectin plant in Bebedouro, Brazil, with a completion date by the end of 2021.

Conagra Brands has entered into a definitive agreement to di…

Barry Callebaut has launched ruby chocolate, created from select cocoa beans to create a unique sensory profile of fresh berry-fruit, in the United States and Canada.

Cargill will break ground on the construction of a state-of-the-art pectin plant in Bebedouro, Brazil, with a completion date by the end of 2021.

FONA International, a manufacturer of complete flavor solutions, has been named one of Inc.’s Best Workplaces of 2019.

The Foundation for Food and Agriculture Research awarded a $590,000 Seeding Solutions Grant to Cornell University to develop technology that provides consumers with a more accurate shelf-life predication for perishable products.

The Hain Celestial Group, an organic and natural products company, has completed the divestiture of theWestSoytofu, seitan, and tempeh businesses to Keystone Natural Holdings, a portfolio company of Keystone Capital focusing on plant-based food.

Hershey will invest $104 million to grow its manufacturing operation in Virginia, with an 111,000-square-foot expansion of the existing facility. The expanded facility will manufacture penuche and peanut cream.

Kansas Protein Foods, a newly formed subsidiary of Kansas Ethanol, has purchased the closed CHS Foods facility in Hutchinson, Kan., and will begin the process of putting it back into production.

Nespresso launched Reviving Origins, a new program to restore coffee farming in regions where it is under threat.

PepsiCo and its strategic partner Grupo Gepp have announced an investment of $4 billion in Mexico between 2019 and 2020, creating an estimated 3,000 new jobs.

TreeHouse Foods has entered into a definitive agreement to sell its ready-to-eat cereal business to Post Holdings.

Tyson Fresh Meats, a subsidiary of Tyson Foods, will invest almost $300 million to build a food production plant in Utah.