The beauty foods market boasts some unique foods and beverages. Nestle’s Glowelle is a beauty drink supplement that contains a “synergistic blend of antioxidants from vitamins, phytonutrients, and botanical and fruit extracts that help protect and nourish from within.” Borba’s Skin Balance Water is available in Clarifying, Age Defying, Firming, and Replenishing formulas that contain various antioxidants, fruits, and vitamins. Naturopath’s Tea Tonic Complexion Tea is a specially formulated blend of herbs said to draw impurities away from the skin. 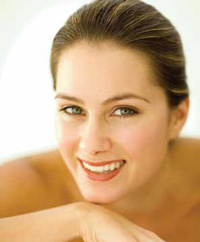 Society’s fascination with youthful looks and appearance has fueled the beauty foods market. According to Mintel’s Global New Products Database, the number of foods and beverage products making a claim of being “beauty enhanced” that were launched globally jumped by 306% between 2005 and 2008, from 71 to 288. In comparison, overall food and beverage launches grew by just 35% during the same time frame.

Most of today’s beauty products currently target skin health, nourishing it from the inside out. As this market continues to grow, we’ll see more innovation stemming from emerging beauty-enhancing ingredients.

Antioxidants
Udompataikul et al. (2009) showed that antioxidant supplements improved aging skin. They gave 60 women aged 35–60 an oral dietary supplement containing antioxidants (coenzyme Q10, beta-carotene, grape seed extract, French maritime pine bark extract, green tea extract, and D-alpha-tocopheryl acetate), minerals (zinc and selenium), and glycosaminoglycans, or a placebo once daily for 12 weeks. At the end of the treatment period, those in the experimental group showed a 21.2% improvement in the depth of skin roughness and fine wrinkles, whereas those in the control group had a 1.7% improvement. Those in the experimental group showed a significant reduction in pore size.

Udompataikul et al. (2009) showed that antioxidant supplements improved aging skin. They gave 60 women aged 35–60 an oral dietary supplement containing antioxidants (coenzyme Q10, beta-carotene, grape seed extract, French maritime pine bark extract, green tea extract, and D-alpha-tocopheryl acetate), minerals (zinc and selenium), and glycosaminoglycans, or a placebo once daily for 12 weeks. At the end of the treatment period, those in the experimental group showed a 21.2% improvement in the depth of skin roughness and fine wrinkles, whereas those in the control group had a 1.7% improvement. Those in the experimental group showed a significant reduction in pore size.

While this study used a mixture of antioxidants, specific individual antioxidants have demonstrated beneficial effects on skin health. For example, lutein has been shown to protect the skin from harmful oxidative stress, including sunlight exposure. Palombo et al. (2007) demonstrated that lutein supplementation increased surface lipids, skin hydration, and skin elasticity. Lipids in the skin provide a barrier function that slows the loss of moisture in the skin. Study participants took 10 mg/day of an oral supplement containing FloraGLO® lutein for 12 weeks. Kemin Health LC, Des Moines, Iowa (phone 888-248-5040, www.kemin.com, www.floraglolutein.com), supplied the ingredient. Lutein in a topical preparation applied to the skin also showed significant improvements in skin, and when combined with oral lutein supplements, generated even greater results than oral or topical lutein separately.

The antioxidant lycopene is said to protect the skin from UV rays. A double-blind, placebo-controlled study demonstrated that supplementation with Lyc-O-Mato® tomato extract from LycoRed Ltd., Orange, N.J. (phone 866-592-6733, www.lycored.com), helped protect the skin against damage from UV radiation by reducing sunburn cell formation. The research also showed that the ingredient protected the skin immune system by slowing down the depletion of Langerhans cells (immune cells present in the outer layer of the skin) following exposure to a UVB/UVA solar simulator (LycoRed, 2008). Lyc-O-Mato is a natural tomato extract containing a complex of antioxidants, including lycopene, phytoene, phytofluene, beta-carotene, and tocopherols.

Frutarom Inc., USA, North Bergen, N.J. (phone 201-861-9500, www.frutarom.com), launched a beauty line marketed as “Nature’s Essence for Skin Care,” which focuses on natural extracts and active botanical ingredients such as skin-protecting polysaccharides, pure botanical powders, and standardized natural actives. The company recently introduced Alguard™, a bioactive skin shield refined from red microalgae, which is said to provide up to 20% reduction in skin roughness immediately after application and a 20% reduction in the length and depth of fine lines.

In 2008, NutraGenesis LLC, Brattleboro, Vt. (phone 802-257- 5345, www.nutragenesis.com), introduced Sensara™, the GRAS-affirmed “beauty-from-within” functional ingredient that helps combat the internal and external causes of aging skin. It is a proprietary combination of the superfruit Indian gooseberry (amla) and the “mood food” ashwagandha that is said to boost resistance to premature aging by preventing free radical damage to the dermal extracellular matrix and rejuvenate skin cells by increasing circulation of oxygen and vital nutrients through a reduction in stress hormones that can have negative effects on the skin.

According to the company, Sensara was the subject of independent laboratory testing that determined its collagen- and hyaluronic acid-enhancing properties. Collagen, a protein, is the chief component that adds strength and elasticity to the skin, making up 75–80% of the dermal matrix by weight. Hyaluronic acid, a moisture-enhancing glycosaminoglycan, gives skin a supple, plump-looking appearance and also surrounds and cements together collagen fibers. In standard in vitro testing regularly utilized by the cosmetics industry to evaluate skincare products, Sensara displayed 54% inhibition of Type I and Type III collagenase activity and 86% inhibition of hyaluronidase activity. These are the primary enzymes that degrade collagen and hyaluronic acid in the skin. In addition, the Phyllanthus emblica extract used as an ingredient in Sensara has, itself, inhibited UV-induced collagenase synthesis by 39% in an ex vivo model using human skin fibroblasts.

Green tea contains high concentrations of epigallocatechin gallate (EGCG), which exhibits antioxidant activity. Numerous studies have revealed specific effects of EGCG or green tea extracts on skin physiology, according to information from DSM Nutritional Products. It is a scavenger of free radicals, has an anti-inflammatory action, and contributes to skin recovery. Moreover, EGCG inhibits collagen-destroying enzymes in skin. New findings show that EGCG contributes to the integrity of the skin by reducing UV-induced photo-damage, favoring proliferation and differentiation of normal skin cells, and promoting the death of aberrant cells. DSM offers Teavigo®, a green tea extract that contains a high concentration of EGCG.

Enzymes
PL Thomas & Co. Inc., Morristown, N.J. (phone 973-984-0900, www.plthomas.com), offers a proprietary superoxide dismutase, Glisodin®, which provides UV ray inhibition. Mac-Mary et al. (2007) showed that the ingredient had significantly reduced oxidative stress (sunburn) in a model using UV radiation-induced skin changes. In the double-blind, placebo-controlled study, UV skin burn was induced on the inner forearms of 49 healthy subjects before they were given either Glisodin or a placebo, and then once weekly over four weeks during continued daily supplementation. Skin color and changes in skin due to inflammation were monitored.

The results showed that the redness induced by the skin burn decreased more quickly and the regeneration of capillaries in the skin, a measure of recovery and reduction in inflammation, increased in the subjects who took Glisodin  compared to those who took the placebo. According to the researchers, the study confirmed the efficacy of Glisodin in the prevention of the consequences of oxidative stress resulting from exposure to the sun.

Lipid-based Ingredients
Earlier this year, PL Thomas launched Lipowheat™ natural ceramides, clinically proven to hydrate skin, fight against signs of aging, and leave skin soft and supple. Ceramides are important in skin hydration and represent 35–40% of intercellular cement. They ensure cell cohesion and act on cell proliferation and differentiation. According to the company, scientists have linked decreases in skin lipid concentration to winter weather and the aging process, both of which lead to dry skin, squames, itching, and roughness. The company offers ceramides from vegetable origin, which can restore skin barrier functions, thus ensuring healthy hydration and the softness and wellness of the skin.

Proteins
In February 2009, Frutarom announced a new business relationship with Copalis whereby Frutarom will market Copalis’s well-being and oral cosmetics ingredients in North America. One ingredient is Collactive™, which is composed of marine collagen and elastin peptides in the same ratio found naturally in skin. Collagen and elastin are two main constituents of dermal connective tissue. When taken orally, collagen and elastin have shown a synergistic anti-wrinkle action, stimulating skin to lift and tone sagging areas and minimize lines and wrinkles while increasing skin moisture retention.

Dermscan Laboratories performed a study of the anti-wrinkle, moisturizing properties, and safety of Collactive. In the clinical study of 43 women aged 40–55 with crow’s feet-type wrinkles, subjects took either Collactive or a placebo (Frutarom, 2009). After 28 days, 71% of the subjects who took the ingredient had a significant decrease (19%) of the number of deep wrinkles. The level was stabilized at day 84. In addition, the ingredient had a moisturizing effect on the skin. For those who took the placebo, an increase in the number of deep wrinkles was noted at both day 28 and day 84.