In the United States, more than 77 million adults have diagnosed high blood pressure, a major risk factor for heart disease and stroke. Sodium intake is most commonly adjusted when trying to control blood pressure levels. While the average American consumes about 3,400 mg of sodium daily, the Dietary Guidelines recommend consuming less than 2,300 mg per day.

In May 2013, DSM Food Specialties, Delft, the Netherlands (www.dsm.com), conducted an international perception survey around food and taste with 5,000 18–45-year-old subjects (50:50, men:women) from emerging markets Brazil, China, Nigeria, and Poland as well as the U.S. (DSM Food Specialties, 2013). One finding was that there is uncertainty about recommended salt intake: only half (51%) of the adults surveyed believe the recommended daily intake for salt is 5 g or less. In addition, about half (49%) believe they consume 5 g or less of salt daily, while nearly one in three believes they consume more than 10 g a day. However, these perceptions about amount of daily salt intake do not align with actual consumption data. The study found that residents of some countries are consuming three times the recommended daily amount.

Another recent study supported by Tate & Lyle, Decatur, Ill. (www.tateandlyle.com), indicated that in the U.S., sodium intake has been on an upward trend, increasing by 63 mg of sodium per day every 2 years from 2001 to 2010 (Tate & Lyle, 2013). The study used data from the What We Eat in America (WWEIA)/National Health and Nutrition Examination Survey (NHANES) to assess overall sodium intake and sources of sodium in the diets of those two years of age and older from 2001 to 2010. The largest contributor of sodium in the diet was grains and grain products (i.e., breads, cereals, and salty snacks), followed by meat, poultry, fish, vegetables, and milk and milk products.

Tate & Lyle offers SODA-LO™ Salt Microspheres, a salt-reduction ingredient that tastes, labels, and functions like salt because it is real salt. It can reduce sodium by 25–50% in food applications such as bread and salty snacks that are some of the largest contributors of sodium to the diet. It does this through its patent-pending technology that turns standard salt crystals into free-flowing, hollow salt microspheres that increase the perception of saltiness on the tongue.

In addition to reducing sodium levels in foods and beverages, other ingredients and whole foods have been shown to have beneficial effects on blood pressure. Here are brief descriptions of them. 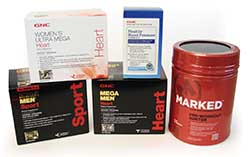 The results from another human clinical study using MegaNatural-BP conducted by researchers at the Center for Nutrition Research, Institute of Food Safety and Health at the Illinois Institute of Technology, were presented by Britt Burton-Freeman and Eunyoung Park at Experimental Biology 2013 (Polyphenolics, 2013b). In the randomized, placebo-controlled study, 36 prehypertensive adult subjects were randomized to drink either a beverage formulated with MegaNatural-BP or a placebo daily for six weeks. At the end of the study, those participants who consumed the drink containing the patented grape seed extract formula on average experienced significant reductions in systolic and diastolic blood pressure compared with those who consumed the placebo.

Nuts
Katz et al. (2012) investigated the effects of daily walnut consumption on endothelial function and other biomarkers of cardiac risk in a population of overweight individuals with visceral adiposity. Daily ingestion of 56 g of walnuts not only improved endothelial function, but also reduced systolic blood pressure and did not lead to weight gain. 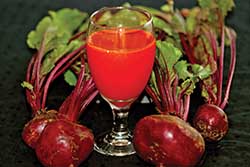 Dairy Foods
Park and Cifelli (2013) recently examined the historical literature and the evidence reviewed by the 2010 Dietary Guidelines Advisory Committee. Examination of the newly published literature, together with evaluation of the evidence as a whole, showed that the weight of evidence indicates dairy foods are beneficially associated with blood pressure; however, additional research is necessary to identify the mechanism of action of dairy foods.

Weng et al. (2013) showed that a diet pattern with more dairy and nuts, but less meat, is related to a lower risk of developing hypertension while Livingstone et al. (2013) showed that consumption of milk predicts prospective blood pressure. Data were from a cohort study, Caerphilly Prospective Study, which included 2,512 men, aged 45–59 years, who were followed up at 5-year intervals for a mean of 22.8 years. The systolic blood pressure was 10.4 mm Hg lower in those who consumed the most milk than in those who did not consume milk.

The researchers found no significant association of calcium, magnesium, or potassium intake on the subjects’ blood pressure, suggesting the role of other antihypertensive components in dairy products. 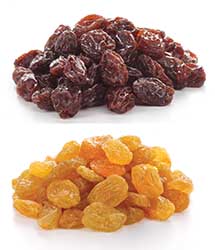 Tate & Lyle. 2013. Rise in sodium intake in US over last decade despite health officials’ call for reduction. Press release, April 22.