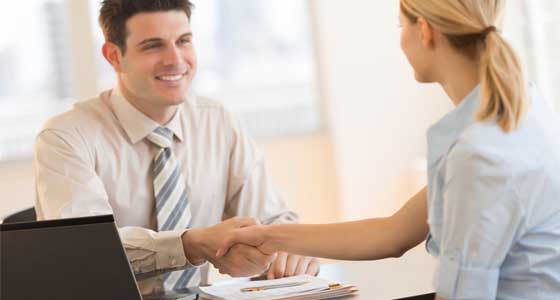 Talking salary isn’t easy, but for job seekers as well as employees hoping to negotiate a compensation increase, it’s usually necessary. Experts on the topics say there are some definite dos and don’ts. “It’s important to talk about salary at the right time and in the right setting,” said Sara Hill, Chief Human Resources Officer at Ceridian HCM, a global provider of products and services related to human resources based in Minneapolis, Minn.

Introducing the topic in an initial job interview is a no-no, said recruiter Moira McGrath, President of Opus International, Deerfield Beach, Fla. “You don’t want to talk about it too early in the dialogue,” said Hill. “However,” she added, “it is completely fair to ask early on in the process what the salary range is to ensure that it’s a right fit to continue the process".

“Typically,” Hill continued, “you want to discuss compensation when you’re in the final interview stages and are one of the remaining top candidates.” When that time comes, an applicant should be well armed with facts and figures.

“There are plenty of resources where employees and applicants can get salary data,” noted Bruce Elliott, Manager of Benefits and Compensation for the Society for Human Resource Management, Alexandria, Va. Resources he cited include jobs and career websites Monster.com, Glassdoor.com, and Salary.com. Once the research is complete, the next step is to “understand the data, and be intellectually honest as to where you would sit [within a salary range],” said Elliott. For example, he said, it’s probably not realistic for entry-level candidates to price themselves at the median of the market.

Recruiter John Scerbo, President of FoodEmployment.com, Roscoe, Ill., shared an example of a candidate who secured a higher-than-budgeted salary by bringing a well-organized, detailed portfolio of all the projects he had worked on to the job interview.

For those negotiating an increase with a current employer, it can be valuable to bring specific examples to the discussion table. “The employee should come in and say, ‘This has been my productivity, these have been my accomplishments over the past 12 to 24 months’—whether it’s an increase in revenue or a new product introduced into the pipeline,” said Elliott. “It’s not enough to say, ‘Hey, I’ve been great.’ Break it down. Give specific instances as to what they’ve been doing, how they’ve been great.”

As long as an employee makes the pitch for an increase in a professional manner, there’s little to lose, according to Elliott. “If an employee is high performing and contributes a lot to an organization, an employer is not going to turn that employee away and say, ‘How dare you? You’re lucky to be employed,’” the benefits expert noted.

Life coach and psychotherapist Jonathan Alpert, author of Be Fearless: Change Your Life in 28 Days, also urged employees to take the plunge when seeking a compensation increase.

“Most people have a difficult time asking for a raise, and as a result, they stay stuck,” he said. “They think of countless reasons why they either can’t ask for one or why their employer won’t give them one. Trying to explain away why they think they can’t get a raise is one form of negative thinking that will just about ensure that they never get a raise.”

Research and preparation, including visualizing and rehearsing the conversation ahead of time, are helpful tools, he said. He suggested offering a salary range “with a better-than-acceptable amount being at your low end.”

Those who find themselves up against an inflexible budget should consider negotiating for other benefits like additional vacation time or continuing education, Alpert suggested. Another approach is to accept the job at the salary that’s available contingent upon a salary review in six months. Alpert advised spelling out specific criteria for achieving the increase and having the human resources manager sign onto it.