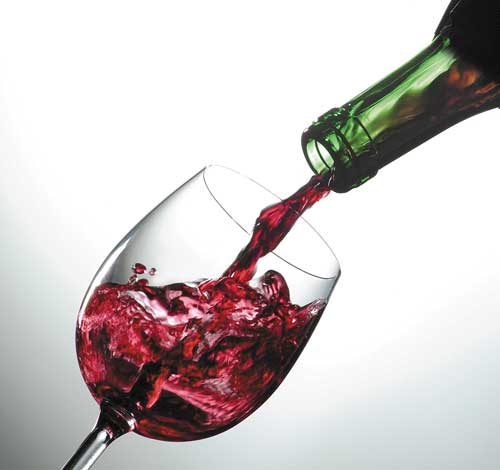 Napa winery ages wine underwater
A Napa, Calif., winery is taking a new approach to aging its wine. In an ongoing experiment, Mira Winery is studying how bottles of its cabernet sauvignon react to underwater aging, the lessons from which it plans to apply to the way it ages bottles on land. The experiment began in 2013, when winery president Jim “Bear” Dyke Jr.—inspired by the fact that wines rescued from shipwrecks have retained their integrity, and in some cases, improved their flavor—wanted to see the effects that time spent underwater might have on new wines. Dyke dubbed this concept “aquaoir,” which he likens to terroir, or the idea that the land in which grapes are grown imparts unique qualities to the finished wine. Dyke and the Mira team believe that the ocean’s constant pressure, light-free environment, and cold temperature could have a similar effect on the submerged wine.

To test the theory, the team created metal cages that protected the bottles from breakage while allowing the water to move around them. Four cages, each holding a case of wine, were submerged 60 ft below the surface in Charleston Harbor for three months. After this first phase, the water-aged wine underwent a chemical analysis that tested its pH, alcohol, volatile acidity, and turbidity, and Mira’s winemaker also conducted a side-by-side tasting of the water- and land-aged wines. According to tasting notes from Mira’s winemaker, Gustavo Gonzalez, the submerged wine was not necessarily better than the land-aged version, just different: it developed more complex flavors more quickly.

Although several European winemakers have previously used the ocean to store wine, according to its website, Mira is the first U.S. winery to successfully age wine underwater. It plans to continue the experiment, aging new cases of wine for six months at a time, looking at factors such as how the harbor water’s temperature—which averages about 55°F during the aging period—compares against the 59°F used in most warehouses. “Our program is the beginning of a learning process that will provide an additional prism to view the impact of the elements on the aging of wine,” explains Dyke on Mira’s website. “Looking forward, some of the control factors can be altered, such as…the type of containers used. What is the impact between a ready-to-drink wine versus a barrel with wine from an earlier aging process? We want to know.”

From “Where’s the beef?” to “Is this beef?”
Horse meat is considered a delicacy in parts of Belgium, China, France, Japan, Kazakhstan, Spain, Sweden, and other countries around the world, but its presence in burgers and beef products across Europe triggered a significant food adulteration scandal in 2013. Processed beef products sold by various British supermarket chains caused a series of product recalls and cast the European food supply chain in a negative light. The problem was so widespread that beef-labeled products containing horse meat were discovered not only in the United Kingdom but also in Austria, France, Germany, Norway, the Republic of Ireland, Switzerland, and several other countries where horse-meat consumption is discouraged or banned. Adulterated beef was not the only culprit; horse meat was detected in other mislabeled meat products as well. As a result, millions of pounds of food had to be removed from supermarket shelves. In an effort to help prevent further fraud of this type and magnitude, scientists at the Institute of Food Research (IFR) collaborated with Oxford Instruments to develop an inexpensive, rapid way to distinguish horse meat from beef.

Throughout the adulteration scandal, DNA testing was the preferred method to test meat as the genetic makeup of horses is dissimilar to that of cattle. However, DNA testing is expensive, relatively slow, and prone to contamination if test samples are handled improperly. Pulsar, the new method developed by IFR and Oxford Instruments, utilizes technology similar to that of a magnetic resonance imaging (MRI) scanner and relies on fatty acid composition rather than DNA. Horse meat has higher levels of linolenic acid and polyunsaturated fatty acid than beef and lower levels of saturated fatty acid and monounsaturated fatty acid than beef. Pulsar, a high-resolution benchtop NMR spectrometer, quickly and accurately determines the fatty acid composition of triglyceride-rich meat samples. It is said to be an effective authentication method not only for distinguishing horse meat from beef but also for determining meats from other species. In addition, while standard DNA-based methods require separate tests for each adulterant, a single Pulsar NMR-based test could potentially detect a number of adulterated samples.