Active nutrition is for more than competitive athletes. Recreational athletes, as well as regular exercisers, weekend warriors, and gym rats all focus on foods and beverages for strength, healthy joints, endurance, recovery, and even immunity. Here is a rundown of some ingredients that provide benefits for today’s competitive athletes and athletic enthusiasts and some of the specific health issues they address.

Inflammation, Recovery, and Immunity
Athletes and daily exercisers are growing more aware that their immune health and inflammation play a role in their active lifestyles. When people exercise, their bodies experience oxidative stress, creating the opportunity for antioxidants and anti-inflammatory ingredients to aid in immune health and recovery.

The pain associated with exercise involves muscle damage, inflammation, and oxidative stress. Tart cherries seem to help with all three due to the concentrated amounts of anthocyanins, reports the Cherry Marketing Institute, Dewitt, Mich. (choosecherries.com). Bell et al. (2016) suggested that Montmorency tart cherry concentrate was effective in accelerating recovery following prolonged, repeated sprint activity, such as soccer and rugby. In the study, 16 semi-professional, male soccer players consumed either Montmorency tart cherry concentrate or placebo for eight consecutive days (30 mL twice per day). Muscle soreness ratings were lower and the acute inflammatory response was attenuated in those who consumed the tart cherry concentrate. 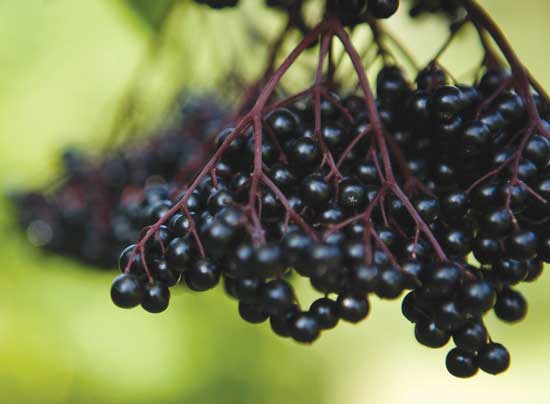 Elderberries, which are high in antioxidants, have also been shown to reduce inflammation, fighting free oxygen radicals created during exercise. Lamprecht et al. (2013) found that elderberry was among a range of plant extracts that significantly reduced inflammation in a group of obese women on a program of exercise. The study tracked how these women’s bodies dealt with circulatory issues and inflammation. One group of women received a placebo and the other received capsules made from plant-derived antioxidants, such as elderberry extract. Those given antioxidant capsules had markedly less inflammation and oxidative stress. 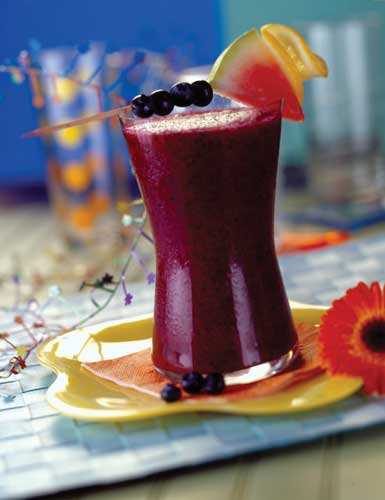 Immune health is also important to athletes and everyday active people, keeping them healthy before and after workouts, athletic competitions, and exercise routines. Probiotics as well as yeast beta-glucan have been reported to help in this area.

Another probiotic, Ganeden BC30 (Bacillus coagulans GBI-30, 6086), in combination with protein, was shown to reduce indices of muscle damage, improve recovery, and maintain physical performance subsequent to damaging exercise (Jager et al. 2016). For the study, 29 recreationally trained males were assigned to consume either 20 g of casein or 20 g of casein plus Ganeden BC30 probiotic. After two weeks of supplementation, perceptional measures, athletic performance, and muscle damage were analyzed following a damaging exercise bout. The subjects who took the protein plus probiotic experienced significantly increased recovery at 24 and 72 hours, and decreased soreness at 72 hours post exercise compared to those who took only the protein. Those who took the protein plus probiotic also showed a trend toward reduced muscle damage. Ganeden BC30 is produced by Ganeden, Mayfield Heights, Ohio (ganedenprobiotics.com).

Energy and Endurance
For all active people, energy throughout the day and before and after a workout are important. Caffeine is still a top energy deliverer, but other caffeine sources and energy sources are emerging. For example, pureLYFT from Pure Mix, Fanwood, N.J. (purelyft.com), utilizes green coffee bean extract to deliver 125 mg of caffeine. The product is an all-natural stir stick that delivers caffeine, vitamin A, and vitamin B complex into any beverage.

Research conducted by Bioenergy Life Science, Ham Lake, Minn. (bioenergyribose.com), indicated that a combination of caffeine and ribose may be superior at fighting fatigue (Bioenergy Life Science, 2013). Bioenergy Ribose is a unique 5-carbon carbohydrate. Ribose is the backbone of adenosine triphosphate, the source for all cellular energy. In the study, the researchers used a standard mice fatigue model. For three days prior to the start of the experiment, mice swam to the point of exhaustion so that their energy reserves were low. During the actual experiment, the mice swam in the morning and afternoon for three days. On the third day, their swimming time dropped more than 20% compared to their baseline average over the first two days. On day four, the mice were fed their normal diet plus one of four treatments (glucose, caffeine only, ribose only, and 50/50 ribose and caffeine combination), and their endurance was tested by how long they were able to swim. Swimming time returned to about the same as their normal baseline average (100%) in the glucose only group. Swimming time dropped and became worse than baseline in the caffeine only group. Those mice taking only ribose improved swimming time to 135%. A 50/50 ribose and caffeine combination resulted in swimming time improvement of 150%.

A stable dipeptide of L-alanine and L-glutamine, Sustamine, from Kyowa Hakko USA, New York, N.Y. (kyowa-usa.com), is an effective ingredient for hydration, endurance, and recovery. It is more easily absorbed by the body than complex protein molecules and works on multiple levels to help rehydrate the body and sustain energy levels during exertion. Sustamine combines L-glutamine (an amino acid important for stimulating muscle protein synthesis) and L-alanine (an amino acid needed for rebuilding body’s glycogen stores). Sustamine was recently added to a new sports drink that provides optimal energy for workouts. In January, Vitamin Well launched VW+ 001 and a sugar-free alternative, VW+ 002, in Denmark and Norway. The drinks combine a mix of electrolytes, amino acids, and vitamins to provide energy during intense, prolonged workouts.

An isomaltulose, Palatinose, from BENEO, Morris Plains, N.J. (beneo.com), provides the body with the same amount of carbohydrate energy as sucrose does, but because of its unique glucose-fructose binding, the energy is released more slowly and not all at once, providing sustained energy. Its breakdown and uptake occur along the entire small intestine. The slow and sustained glucose release from Palatinose supplies the body with fuel for longer.

Joint Health
For any level of activity, healthy joints are crucial. There is a growing body of research that supports the joint health benefits of collagen peptides. Gelita, Sergeant Bluff, Iowa (gelita.com), has developed FORTIGEL special bioactive collagen peptides, which have been shown to stimulate the synthesis of new joint cartilage tissue mass. McAlindon et al. (2011) looked at the long-term effect of FORTIGEL treatment on the composition of hyaline cartilage in individuals with early knee osteoarthritis. The analysis of the cartilage scans revealed a statistically significant increase of proteoglycan density in the medial and lateral tibial regions in the subjects who took FORTIGEL.

Rousselot, Mukwonago, Wis. (rousselot.com), offers Peptan collagen peptides, which was recently demonstrated to be effective in regenerating cartilage and reducing inflammation in mice (Dar et al. 2016). Peptan was administered daily at either low dosage (3.8 mg/kg body weight) or high dosage (38 mg/kg body weight), corresponding to around 0.7 g and 7 g/day in a human, while a separate group received an empty control. Five weeks after the start of supplementation, post-traumatic osteoarthritis was induced by administering injury to the meniscus and medial collateral ligament in the right knee. The research findings demonstrated Peptan’s ability to dose-dependently preserve cartilage and to support extracellular matrix regeneration stimulating the production of proteoglycans, the matrix components involved in lubrication of the joint.

Glucosamine is another sought after ingredient that consumers use for their joints. Cargill, Minneapolis, Minn. (cargillfoods.com), offers a vegetarian form of glucosamine, Regenasure. The company uses its own patented fermentation method to produce it. Preclinical research from The Scripps Research Institute in La Jolla, Calif., suggested that glucosamine is an effective autophagy activator. Autophagy is a critical mechanism in maintaining cellular health in joints and other tissues throughout the body.

An Ashwagandha extract was recently shown to help improve joint health (Ramakanth et al. 2016). Sensoril from Natreon, New Brunswick, N.J. (natreoninc.com), is a multi-patented, standardized aqueous botanical extract of Ashwagandha (Withania somnifera) roots and leaves. The study evaluated two different dosages of Sensoril on 60 subjects with knee joint discomfort. The subjects were randomized to receive either 125 mg of Sensoril, 250 mg of Sensoril, or a placebo twice daily. At the end of the study, consumption of both dosages twice daily produced significant reduction scores for pain, stiffness, and disability in a dose-dependent manner.

Next month’s Nutraceuticals section will focus on fiber.

www.ift.org
Members Only: Read more about ingredients for active nutrition at ift.org. Type the keywords into the search box at the upper right side of the home page.