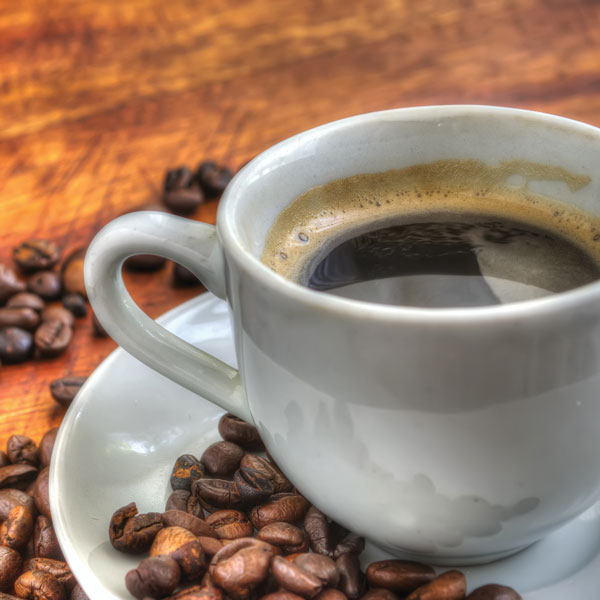 Scientists from the University of Nottingham in the UK have discovered that drinking a cup of coffee can stimulate brown fat, which can burn calories and could be the key to tackling obesity and diabetes. “Brown fat produces heat by burning sugar and fat, often in response to cold. Increasing its activity improves blood sugar control as well as improving blood lipid levels and the extra calories burnt help with weight loss,” declared Michael Symonds, professor at the School of Medicine at the University of Nottingham, who co-directed the study. “However, until now, no one has found an acceptable way to stimulate its activity in humans. This is the first study in humans to show that something like a cup of coffee can have a direct effect on our brown fat functions.”

The researchers used a thermal imaging technique to trace the body’s brown fat reserves. “From our previous work, we knew that brown fat is mainly located in the neck region, so we were able to image someone straight after they had a drink to see if the brown fat got hotter,” noted Symonds. “The results were positive and we now need to ascertain that caffeine, as one of the ingredients in the coffee, is acting as the stimulus or if there’s another component helping with the activation of brown fat. We are currently looking at caffeine supplements to test whether the effect is similar. Once we have confirmed which component is responsible for this, it could potentially be used as part of a weight management regime or as part of glucose regulation program to help prevent diabetes.”

Coffee May Inhibit Prostate Cancer
Japanese scientists have identified two compounds found in coffee which may inhibit the growth of prostate cancer. The pilot study was carried out on drug-resistant cancer cells in cell culture and in a mouse model.

“We found that kahweol acetate and cafestol inhibited the growth of the cancer cells in mice, but the combination seemed to work synergistically, leading to a significantly slower tumor growth than in untreated mice,” noted Hiroaki Iwamoto with the Department of Integrative Cancer Therapy and Urology, Kanazawa University Graduate School of Medical Science, Japan. “After 11 days, the untreated tumors had grown by around three and a half times the original volume (342%), whereas the tumors in the mice treated with both compounds had grown by around just over one and a half (167%) times the original size.”

Kahweol acetate and cafestol are hydrocarbons, naturally found in Arabica coffee. The coffee-making process has been found to affect whether these compounds remain in coffee after brewing (as with espresso), or whether they are stripped out (as when filtered).

“It is important to keep these findings in perspective,” stated Iwamoto. “This is a pilot study, so this work shows that the use of these compounds is scientifically feasible but needs further investigation; it does not mean that the findings can yet be applied to humans. What it does show is that these compounds appear to have an effect on drug resistant prostate cancer cells in the right circumstances, and that they too need further investigation. We are currently considering how we might test these findings in a larger sample, and then in humans.”