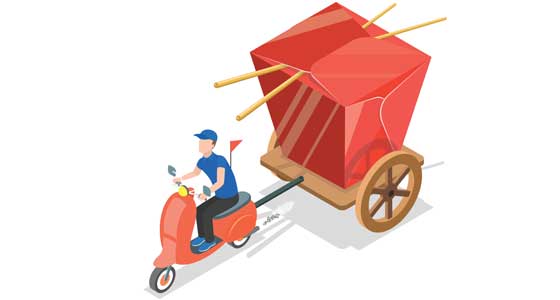 Investments to China-based agri-food startups jumped 222% last year to $5.8 billion, according to a recent report from AgFunder. Several factors drove the huge increase in funding, including a 60% increase in the number of deals to 283, a couple of big billion-dollar-plus deals that skewed the data somewhat, and a likely improvement in data reporting.

Funding to startups from the farm to food processing accounted for only $906 million of the nearly $6 billion but increased 806% compared to 2017. Much of the growth focused on improvements in the supply chain that connected farmers more directly to consumers and markets. On the agribusiness side, Meicai, an online platform for fresh produce, was the largest deal and received $450 million in Series E funding.

Luxury Versus Discount Consumers
Two consumer dynamics are impacting the retail sector investments. “Middle class consumers in top-tier cities continued to increase their consumption of premium food products and visits to premium restaurants, willing to pay higher prices for new and better-quality products to meet their demand for taste, health, and hyper-convenience. In parallel, emerging innovators are targeting low-income consumers looking for bargain food options and services and are finding success in lower-tier cities.

“This divide between top- and lower-tier cities reflects a widening gap in the income and consumption patterns between these groups. As the expanding middle class continues to drive consumption and food product innovation, lower-tier cities—which represent 77.73% of China’s population—are too tempting to ignore,” stated the AgFunder report.

Examples of startups targeting lower-income consumers include Six Walnuts, a plant beverage company that has strong revenues in lower-tier cities and completed an IPO last year, and Pinduoduo, a rapidly growing group-buy application for discounted products.

Leading Agri-food Sectors
Foodservice delivery startups led all founders with $1.969 billion in funding or about a third of total investment. This was driven largely by Meituan-Dianping’s mega $1.5 billion Series F. The company’s super app, which combines Groupon, Yelp, and Uber Eats, closed the round in September before completing an IPO and listing on the Hong Kong stock exchange shortly thereafter. Meituan-Dianping is the king of food delivery in China, serving 310 million people—nearly the entire population of the United States.

By deal activity, the category of premium branded foods and restaurants led overall as startups closed 77 deals, mostly at the early stages. This was driven by consumers in top-tier cities purchasing premium food products, such as snacks, ice cream, beer, tea, chili sauce and coffee. Luckin Coffee, a local Chinese coffee Starbucks rival, completed two rounds of funding of $200 million each within its first year of founding.

Internet giants Alibaba and Tencent are two of the largest funders to agri-food startups. Their combined early-stage investments totaled $2.7 billion, just under half of the total investments in 2018. Both organizations place high value on data and traffic received from the food supply chain. The most active investor was Matrix Partners China, which backed agribusiness B2B platform Songxiaocai and community-based group-buy Xiaoqule.