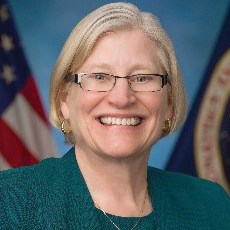 Where would we be without women in science? The thought is incomprehensible. While historically fewer women than men pursued careers in science and technology, the contributions of women to the field are many and date back hundreds of years. Women’s History Month offers the perfect opportunity to reflect on their substantial impact.

Countless others followed. A few female scientists that I find particularly inspiring are primatologist and environmental activist Jane Goodall, who is widely recognized as the foremost authority on chimpanzees; marine biologist and conservationist Rachel Carson, who is credited with revolutionizing the modern environmental movement; and NASA physicist and mathematician Katherine Johnson, whose calculations of orbital mechanics were critical to the success of the first and subsequent U.S. crewed spaceflights.

In the science of food, there are innumerable women who have made remarkable contributions over the last century. Among the notable achievers are Ellen Swallow Richards, the first woman in the United States to be accepted at a scientific school. A prominent 19th century female chemist, Richards was a pioneer in sanitary engineering and a founder of home economics. A microbiologist like myself, Alice Catherine Evans discovered that a bacterium spread between animals, Bacillus abortus, was regularly present in raw milk and almost identical to the microbe M. melitensis in goats. This discovery led to the development of a new genus, and ultimately to the pasteurization of milk. Marie Maynard Daly is the first African American woman to receive a PhD in chemistry in the United States. Her studies on cholesterol, sugars, and proteins aimed to increase understanding of how sugars and other nutrients affect the health of arteries, and how food and diet can affect the health of the heart and circulatory system. Evangelina Villegas, PhD, was the first woman to receive the World Food Prize. Villegas’ research and work focused on improving the nutritional content and productivity of maize, which has had a tremendous impact on food security and the health of the most vulnerable in our global population.

"It is imperative that each of us act as A positive role model for people of all genders considering the science of food as a career path."

While these and many other female scientists blazed new trails with their groundbreaking research and innovations, they represent only a fraction of the bright, hardworking women making an impact in the science of food every day. According to the United Nations Food and Agriculture Organization, women produce more than half of the world’s food, despite being less than half of the labor force. Additionally, women account for 60% to 80% of food production in developing countries. That’s pretty remarkable.

Feeding the world’s burgeoning population now and in the future is going to take groundbreaking innovation, forward thinking, and collective resolve, and both men and women with a variety of backgrounds, perspectives, and experiences are poised to make a tremendous impact.

Now more than ever, there is truly a place for everyone who has an interest in pursuing a career in the science of food, and the possibilities are endless. It is imperative that each of us act as a positive role model for people of all genders considering the science of food as a career path, entering the profession, or thinking about taking their career in a different direction.

Encourage those who are interested to learn about the backgrounds of historical and current figures in the science of food and to explore different areas of study. Serve as a mentor for students or those at a different career stage than you. Remind everyone how critically important it is to build and nurture their professional network. Invite them to join you at an IFT division or section event, at the IFT FIRST: Annual Event and Expo this July, or better yet, to become an IFT member.

Perhaps most important, support them as they find their passion. Once they do, there is no telling what kind of impact they will make within their companies, communities, and the food system.