With consumers watching cooking shows like soap operas, gourmet/specialty/fancy food sales in the United States topping $63 billion in 2007, and celebrity chefs like Emeril Lagasse creating personal empires in excess of $150 million, the “foodie” revolution shows no signs of slowing down (Schoenfeld, 2005). More than 5 million Americans download recipes from the Food Network Web site each month. Moreover, it’s a global movement; “superchef” Martin Yan has hosted more than 1,800 cooking shows aired around the world.

So despite a sluggish economy, high gasoline prices, and a weakened dollar globally—specialty foods will likely continue to enjoy strong sales. In fact, historically, when times get tough, consumers turn to food as an affordable luxury and view fancy foods as a way to add a bit of adventure to daily life.

During the current downturn, the opportunity for specialty food growth may be even greater than before. More than 39 million consumers tried to eat gourmet every day last year (Packaged Facts, 2007). Nearly three-quarters (73%) already purchase specialty foods, almost two-thirds (65%) buy such products to treat themselves, and 64% use them in everyday meals at home (Tanner, 2007).

Moreover, the industry will get an additional push from the nation’s 72 million Gen Yers ages 15–30, who are now entering the workforce and becoming consumers in their own right. Those ages 18–24 and 25–34 rank equally as the top purchasers of specialty foods, spending 30% of their weekly food dollars on specialty items (Tanner, 2007). Gen Yers have the highest preference for gourmet, ethnic, and natural foods and for food being presented as an “art form.” They’re also the most likely to try new foods, drinks, and health food items (Experian, 2007). 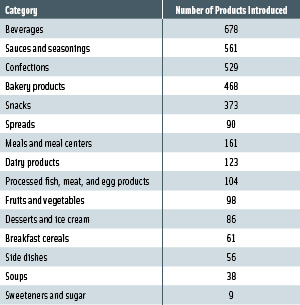 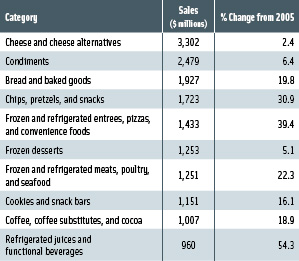 As the economy forces today’s culinary-savvy consumers to cut back on away-from-home eating and take-out meals—35% are visiting restaurants less often than three months ago—they’ll be more likely than previous generations to want to continue to experience and experiment with new foods and flavors, despite cooking and eating more at home (Technomic, 2008). Some consumers already consider certain specialty foods to be staples, as evidenced by the large number of trips made to gourmet, natural, and ethnic food stores in order to pick up just one or two items (FMI, 2008a).

Economic constraints have also created a boom in home entertaining, fueling the demand for more elegant and unique fancy foods. One-third (36%) of consumers buy specialty foods for a birthday or holiday celebration; 24% do so when having a party or dinner guests (Tanner, 2007).

Those who purchase Fair Trade, green, local, or cage-free products as a means of personal or social expression are unlikely to be deterred by rising prices. Organic food sales across all channels topped $18.8 billion in 2007, up 17% over 2006 (Nutrition Business Journal, 2008). Mainstream retailer Wal-Mart carries gourmet and organic foods, and 89% of supermarkets offer private label versions of specialty and/or organic foods (FMI, 2008a). Thus, it appears that the price gap between traditional and fancy foods is closing, and the availability of more affordable options may well make natural and specialty foods more accessible than ever, even in economically troubling times.

But competition for the specialty food dollar is fierce. Combined new product introductions in gourmet, health food, and specialty stores reached 3,535 in 2007 (Mintel, 2008). Beverages topped the list with 678 new specialty products unveiled, followed by sauces and seasonings with 561 new products, and confectionery with 529 (Table 1).

Those ages 18–24 are the most likely to buy specialty treats, meats, and products that require limited cooking skills, such as items for grilling. Among these young consumers, 65% purchase specialty chocolates, 56% purchase specialty meats, 51% gourmet cookies, and 40% specialty salty snacks (Tanner, 2008).

Those ages 25–34, who are more likely to cook meals than their younger counterparts, are the top buyers of specialty beverages, with 73% purchasing these products. Among purchasers 25–34, cheese is bought by 61%, bread 52%, pasta sauce 49%, salad dressing 48%, frozen entrees 48%, and condiments 45%. It’s important to note that older boomers (those ages 55-64)—commonly mistaken for the “gourmet generation”—did not rank highest on purchases of any specialty food item. Those ages 65+ were the No. 1 purchasers of specialty oils; those ages 45–54 led in specialty coffee and tea purchases (Tanner, 2007).

Other products just make preparation easier. Fabrique Délices’ Cassoulet includes pork and duck and does not require long hours of preparation. Lactalis USA’s’ President Brie is sold in log form designed to fit on round crackers when sliced. Sorrento’s Fresh Mozzarella Ciliengini are mini cheese pearls that can easily be added to a salad or pasta.

In the past, specialty items were almost always imported, but today the trend is toward quality products produced in the United States, which also aligns well with the interest in locally sourced foods. Birmingham, Ala.’s Porchetta Primata LLC produces “Ariccian” porchetta from an ancient Roman recipe, and the company prides itself on the fact that, unlike some imported products, its porchetta is antibiotic- and hormone-free. BelGioioso Cheese Co.’s new Burrata is a cream-filled mozzarella based on the classic Italian cheese from the Puglia region, but now is being made in Wisconsin.

Products formulated with very old recipes represent another emerging trend. Vienna Beef’s all-natural franks are made with a century-old recipe and smoked with hardwood hickory. Walkers Shortbread touts the fact that the company follows an original recipe and production methods first employed in Joseph Walker’s bakery, which opened in 1898. Britain’s West Country Farmhouse cheddar is produced where cheddar originated more than 500 years ago and is “still made on family farms, by hand.”

And with at-home dinner parties taking the place of going out to eat for all age and income groups, easy-to-make gourmet meals and appetizers will find a welcome market. Sweetypepp are Peruvian mini red peppers with a thick shell that can be filled for a unique appetizer. Jennie-O Turkey Store’s new Artisan Roasted Sage Dressing Stuffed Turkey Roasts make any meal into a gourmet feast.

With American Culinary Federation chefs naming bite-sized desserts the hottest culinary trend for 2008, gorgeous gourmet dessert shots and single-serve cakes, such as those created by Galaxy Foods are single-handedly bringing back dessert. Petites Fours are also getting renewed attention (NRA, 2007). Sugar Bowl Bakery’s all-natural Petite Brownie Bites are made from a blend of nine cocoas.

Functional shapes are another interesting twist. For example, King’s new Hawaiian Snackers’ Rolls are made for mini-sandwiches or sliders. Rubschlager Rye-Ola whole rye breads are round for perfect snacks or hors d’oeuvres. Sara Lee created a round sandwich croissant—Twister Croissant Rolls. 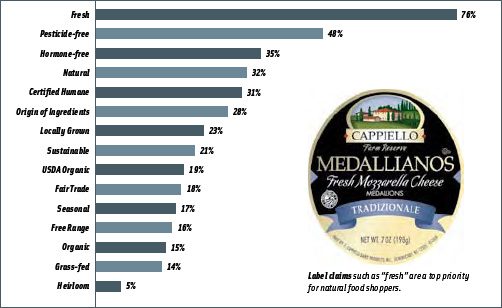 Slow-cooked roasted meats are all the rage in gourmet delis. William Fischer Premium Deli meat is now available in Roast Loin of Pork and Roast Eye of Beef Round for slicing. King’s Command Foods introduced a Certified Angus Beef Meatloaf for take-out.

Fancy deli salads have been upgraded too. Tryst Gourmet introduced premium Chicken Salads including Mandarin Orange and Cranberry Apple in single-serve tubs with the mix-ins on top. Sandridge Food Corp. offers a Grilled Chicken and Fennel Salad; Reser’s has a Wild Rice Waldorf.

Superfruits are making their way into the gourmet meat case. Fabrique Délices introduced an all-natural pheasant sausage with goji berries. Balatoni Jus’s Fructa Salami from Hungary contains bits of apricot and has a fruit casing made of apricots, papaya, pear, and pineapple.

With outdoor grilling at an all-time high, rubs, marinades, and barbecue sauces are proliferating. Robert Rothschild Farm markets sauces in a variety of flavors from Plum Garlic to Harissa Moroccan and Tandoori Indian. Hot dip mixes such as Gourmet du Village Hot Parmesan & Artichoke are also coming on strong.

With gourmet food marketers often taking their cues from high-end restaurant chefs, it is important to note that fresh is the most frequent descriptor on fine-dining menus; it has nearly three times more mentions than the second claim, homemade. In descending order, other top claims include crispy, creamy, seasonal, crisp, house/house-made, prime, tender, garden-fresh, special, imported, and classic, according to Mintel Menu Insights (2008).

When selecting foods and beverages, fresh still tops the list of the most important food labels or phrases for three-quarters (76%) of consumers (Hartman, 2008). As seen in Figure 1, pesticide-free and hormone-free are now more important than a natural food claim.

Products that are of high quality have always fared well in the marketplace, and so will specialty foods. Moreover, the gap between national branded prices and fancy foods is narrowing. Perhaps, if history repeats itself, consumers won’t feel guilty for spending extra dollars on foods and beverages they really enjoy.

Soref, A. 2008. Move over Goldfish—natural kids’ snacks are in the house. Natural Foods Merchandiser XXVII(6): 46.