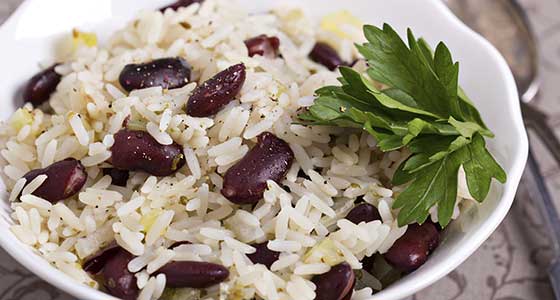 Although it is widely known that consuming a plant-based diet brings many health benefits, there is considerable confusion surrounding plant protein nutritional issues. Many people are concerned, for example, that a vegan diet will not deliver an adequate supply of protein, or they have concerns about protein quality.

Roger Clemens, a California-based public health expert and member of the 2010 Dietary Guidelines Advisory Committee, says that it’s definitely possible to get the protein needed for good health via a plant-based diet. “One can obtain adequate protein on a plant-based (pure vegan) diet,” says Clemens. “The key to this approach is to identify plant protein sources that are complementary, such as grains and legumes. This approach provides the consumer with all of the essential amino acids consistent with reference intake recommendations provided by the Institute of Medicine.”

Only animal proteins and soy protein are considered complete proteins (i.e., they contain all nine essential amino acids, which the body cannot synthesize on its own). In developed nation like the United States, where diets are varied and people tend to regularly consume multiple sources of protein, getting complete proteins in a single sitting is not a must, explains David Janow, president and CEO of Axiom Foods, Los Angeles, Calif., a supplier of brown rice protein and other plant-based ingredients.

He points out, for example, that rice protein, like protein from wheat, is low in the amino acid lysine but high in cystine and methionine, while pea protein, like other legumes, is low in the amino acids cystine and methionine but high in lysine. That means, Janow continues, that “pea protein is the perfect complement to the other proteins to make them complete.”

Food formulators tend to be concerned about the digestibility of plant proteins and the presence of antinutrients (compounds that interfere with the body’s ability to absorb nutrients), says Janow. “We work on educating finished product manufacturers and consumers that, despite all plant foods being less digestible than animal foods and containing antinutrients, many of these are not the issues they were once thought to be.” Janow points out that some antinutrients are present in inconsequential levels and some, such as phytic acid, are actually protective to the body.

There is currently some discussion in nutritional circles about the way in which the quality of protein is evaluated. The traditional approach, the Protein Digestibility-Corrected Amino Acid Score (PDCAAS) was adopted under the Nutrition Labeling Education Act in 1990 to assess the protein quality of foods for those older than 12 months of age, says Clemens. It uses of a score of 1.0 to indicate that a protein is complete, that is capable of meeting adult protein needs as a single source of protein, explains consultant Rachel Cheatham, president and CEO of Chicago-based Foodscape Group LLC.

In 2013, the Food and Agriculture Organization of the United Nations released a report recommending that a new evaluation methodology called the Digestible Indispensable Amino Acid Score (DIAAS) replace PDCAAS as the optimal approach to measuring protein quality, and according to consultant Cheatham, there’s debate about the pros and cons of the two approaches. “Among food scientists and nutrition scientists, there are some unanswered questions about which is the superior way and which way makes [the most] sense,” Cheatham notes.

Of course, the mainstream consumer probably isn’t going to be concerned about how protein quality is evaluated. “The average consumer is still at the level of: Is it a lot of protein or is it a little protein?” says Cheatham. “And they might also be concerned with is it from a wholesome source of protein? They wouldn’t have anything in their mind at this point about amino acid profiles and digestibility. They’re not there yet.”