IFT is pleased to announce the launch of the 2020 IFT Leadership Election. The slate of candidates comprises individuals with a breadth of knowledge, a diverse volunteer history, and an unwavering commitment to IFT’s members.

Candidates for the Board of Directors

During the voting period, which takes place from Feb. 3 to March 2, IFT’s voting membership will elect one member for president-elect and four members for the board of directors. Information on how to cast your vote was emailed on Feb. 3. Please forward any questions about the slate, petition process, or the online election to Anna Desai, staff liaison to the Nominations & Elections Committee, at [email protected]

Singh joins Food and Nutrition Board

Distinguished Professor Emeritus R. Paul Singh of the University of California, Davis, has been invited to serve on the Food and Nutrition Board of the Health and Medicine Division, National Academies of Sciences, Engineering, and Medicine. Singh will provide input related to issues pertaining to food technology and engineering.

An expert in food engineering and transport phenomena in food processing, Singh is the author (with Dennis R. Heldman) of Introduction to Food Engineering and has received many awards for his research and teaching. These include IFT’s Nicolas Appert Award and the Massey Ferguson and Kishida International Awards from the American Society of Agricultural and Biological Engineers. He was inducted into the Food Engineering Hall of Fame in 2003 and elected to the National Academy of Engineering in 2008.

The Food and Nutrition Board (FNB) addresses issues related to the safety and adequacy of the nation’s food supply; establishes principles and guidelines for adequate dietary intake; and renders authoritative judgments on the relationships among food intake, nutrition, and health. The board’s major focus is to evaluate emerging knowledge of nutrient requirements and relationships between diet and the reduction of risk of common chronic diseases, and to relate the knowledge to strategies for promoting health and preventing disease in the United States and internationally. FNB’s work also includes assessing aspects of food science and technology that affect the nutritional quality and safety of food and influence health maintenance and disease prevention.

The new editors were chosen from a pool of applicants after longtime Food Safety & Quality Contributing Editor Neil Mermelstein announced his decision to retire from column writing at the end of 2019.

Ünlü, whose first column appears in this month’s issue, is an associate professor in the University of Idaho— Washington State University School of Food Science. She has a PhD and an MS in food science from the University of Wisconsin–Madison and a BS in food engineering from Hacettepe University in Turkey. Her writing experience includes a book chapter, a white paper, and numerous articles for scientific publications.

“We are delighted to have two such knowledgeable professionals sharing their expertise and insights with the IFT member community and the magazine’s readers,” says Executive Editor Mary Ellen Kuhn. “Welcome, Jane and Gülhan.

IFT is pleased to announce the candidates selected for the IFT Nominations & Elections Committee. The five candidates offer extensive professional knowledge, as well as a commitment to the long-term success of IFT by ensuring that we have a continuous succession of dedicated volunteer leaders to guide our organization.

IFT’s voting membership elects three members for the Nominations & Elections Committee during the Feb. 3 to March 2 voting period. Members will be able to cast ballots electronically from any internet-accessible computer worldwide. Please forward any questions about the slate, the petition process, or the online election to Anna Desai, staff liaison to the Nominations & Elections Committee, at [email protected]

Swartzel, who is a Fellow of IFT, has published more than 120 scientific papers and holds 24 U.S. and 32 foreign patents. Among his numerous awards and honors is the 2013 Nicholas Appert Award. He is also a fellow of the National Academy of Engineering and the American Society for Agricultural and Biological Engineers.

Hank Dres, a longtime member of IFT and former treasurer for the Longhorn Section, was recently honored with the Distinguished Service Award as part of the Hall of Fame at Texas Tech University’s Department of Animal and Food Sciences. Dres has mentored hundreds of students over the past 20-plus years, helping them find internships and jobs, and has also been instrumental in bringing thousands of dollars of scholarship money to Texas Tech.

Getting to know Nicholas Gauger

As a food technologist with Cargill Cocoa & Chocolate, Nicholas Gauger leads the sensory function in North America, a role that requires the ability to work collaboratively to address problems and find solutions. “I really enjoy engaging with people and digging in and getting to the root of an issue and figuring out the best way to meet our goal,” he says. “We as food technologists have so many tools at our disposal t…

As a food technologist with Cargill Cocoa & Chocolate, Nicholas Gauger leads the sensory function in North America, a role that requires the ability to work collaboratively to address problems and find solutions. “I really enjoy engaging with people and digging in and getting to the root of an issue and figuring out the best way to meet our goal,” he says. “We as food technologists have so many tools at our disposal that we can often tailor a solution without having to rely on imperfect stock options— whether it’s a product, or a testing procedure, or something else.”

Prior to his current position, Gauger held roles in applications R&D, product development, regulatory affairs, and quality assurance with Cargill, Kerry, and Unilever. His volunteer work with the Wisconsin Section of IFT began by helping out at events and sitting in on meetings of the board of directors. “When one of the directors-at-large in our section left the board, I stepped in to fill the remainder of his term,” he says. “After that I won election as president-elect and am currently serving as president. 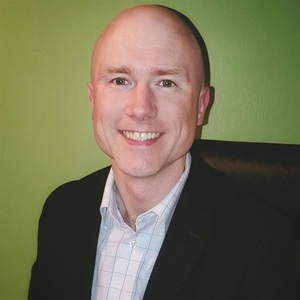 “One of my main goals as president of the Wisconsin Section is to increase opportunities for members to participate. Traditionally, volunteer opportunities have been limited to the board of our section, so where our bylaws allow, we’ve started to open up more positions in our committees and workgroups to members who are not currently serving on the board.”

Through his volunteer experiences, Gauger has seen the benefits gained when people from different companies and organizations come together. “It helps me to see that I’m part of a bigger community than just my company and allowed me to tap into the expertise of others in my field and allowed me to be a resource to others as well,” he says. For this reason, IFT’s core value of Community resonates with him. “I’ve come to realize in my career that there is no one person that has all the knowledge or ability, so it is only as part of a strong community that we can succeed.”

Bringing various skills and expertise to bear will be one of the keys to successfully tackling food challenges of the future, believes Gauger. “There is still so much to learn and so much that we can still do to meet the needs and desires of people,” he reflects. “It’s funny, but when I was on vacation a while ago, I told someone what I do and she asked me if it was a real profession. She went on to ask, ‘Haven’t we figured all that out already?’ And I had to explain that in reality we’ll probably never have it all figured out. Our resources are constantly changing as is what the consumer expects, and we will always have to learn and adapt to meet those challenges. The fact that we get to do that is what excites me.”