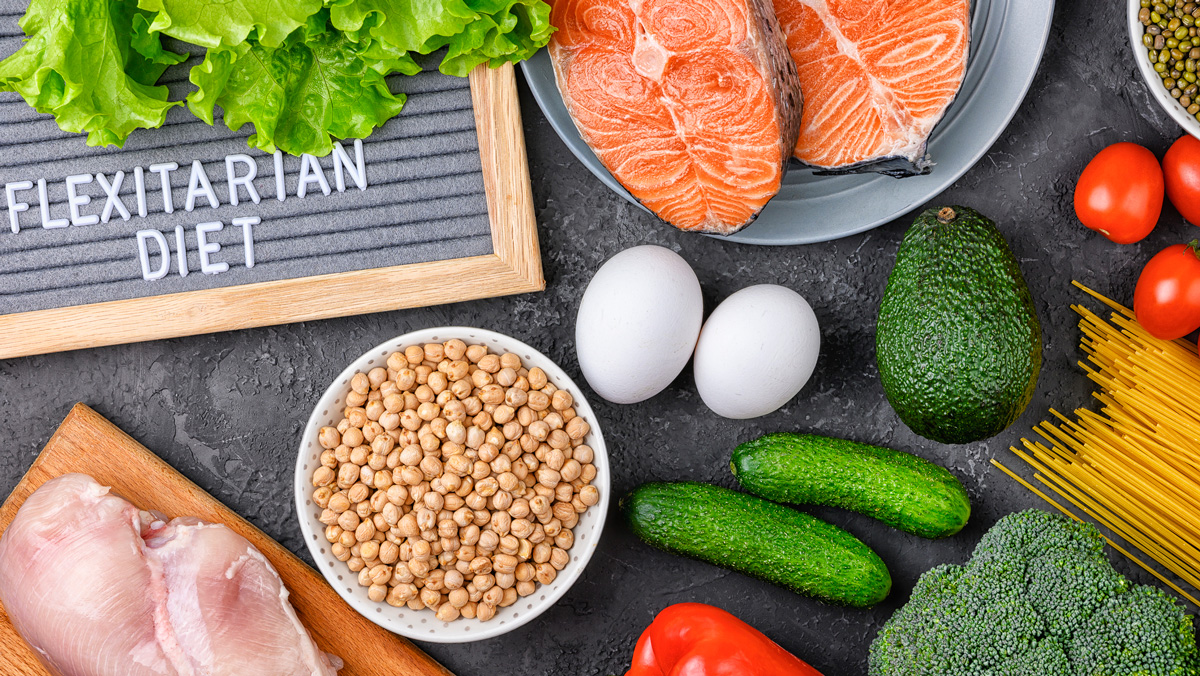 You’ve probably heard that the number of people following a flexitarian eating pattern is increasing. But why? And what does that really mean?

FIRST session, “The Global Demand for Protein and the Rise of Flexitarians,” delivers a crash course into what a flexitarian eating pattern is, which types of consumers are choosing this eating pattern, and why it may be a healthy, sustainable way to live, as well as information about the types of products that may help drive the trend moving forward.

Generally, younger consumers, such as those identifying as millennial and Gen Z, are more familiar with the term “flexitarian” and more likely to embrace this way of eating, says Amanda Torgerson, research lead at Datassential.

If “flexitarian” sounds like “flexible,” that’s because it is. In fact, the flexibility of this eating pattern is one of the main reasons people are likely to stick to it, Leigh says.

Flexitarianism is a balanced way of eating, which encourages variety rather than restriction, and focuses on limitation rather than elimination. There are no set rules for how much or how often to add animal products.

Why are so many people becoming flexitarians? For many of the young adherents, social pressures are an important influence: “The single best thing you can do to help with climate change is to lower your meat intake,” Torgerson says.

However, when a person limits their intake of meat or animal products, getting enough protein is always an important concern. The global demand for protein continues to increase as the world’s population grows and incomes rise, and both animal proteins and plant proteins will be required to meet that demand, says Keenan McRoberts, vice president, science and program strategy, United Soybean Board. By 2050, the global demand will increase between 30% and 50% from today’s global protein consumption, McRoberts says.

Flexitarians have a variety of choices for getting the protein they need. They often eat both traditional and plant-based dairy products, such as both animal-based milk and soy milk, which are good sources of complete protein, Leigh says.

Other options include lentils, kidney beans, peas, chickpeas, and quinoa, but soy offers the highest percentage of protein per kilocalorie, McRoberts explains. Soy offers a high-quality, easily digestible protein and soybeans produce the highest protein yield per land area compared with legumes and other plant-based proteins.

Nancy Mann Jackson is a freelance journalist based in Huntsville, Ala.

The White House Conference Was Only the First Step December 22, 2022

The National Strategy’s whole-of-government approach is a first step at breaking silos and was seen on the day of the conference, from USDA, FDA, and White House staff and others leading discussion sessions to current and former members of Congress presenting and hosting.

With social media so intertwined with a majority of consumers’ everyday lives, it’s not a surprise to see trends—including food and flavors—beginning to develop from social media platforms.

A description of the ways in which the Coca-Cola Women in STEM (CWIS) supports women’s advancement.

A first-of-its-kind IFT research initiative asked food science professionals to reflect on their professional pathways—how they got to where they are today, what makes their jobs meaningful, and where they hope to be in the future.

After its debut as a digital event in 2021, IFT FIRST (Food Improved by Research, Science and Technology) made the shift to a hybrid event this summer.

Students from around the globe gathered during IFT FIRST for the final rounds of IFT Student Association (IFTSA) competitions in areas ranging from individual research to team product development.