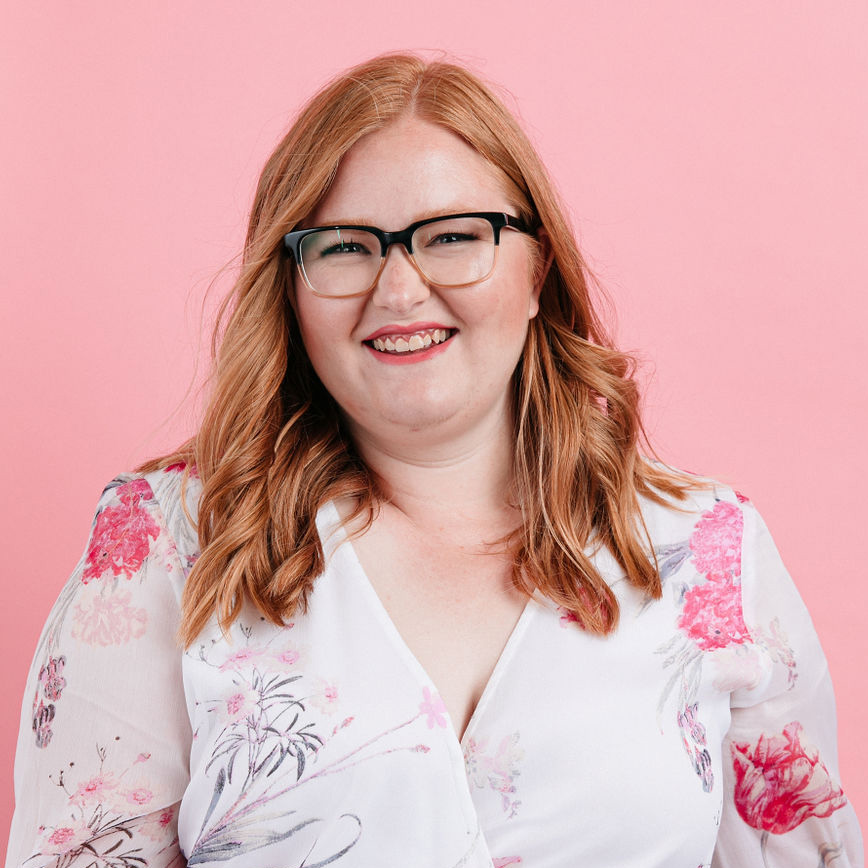 Honey is one of the world’s ancient foods, with historical roots in the Mayan and Egyptian civilizations. And scientists are still learning new things about this sticky sweetener. Research from the World Journal of Microbiology and Biotechnology shows a potential benefit from honey in lowering cholesterol and improving gastrointestinal health.

It’s been hypothesized that honey is a storehouse for beneficial bacteria and probiotics. These microorganisms have several health benefits in humans, including the production of polysaccharides and regulation of digestion. Consumer interest in foods containing probiotics is growing, and this study has identified a new source.

Researchers from Cairo University and The American University in Cairo isolated 10 bacterial strains from different honey sources. These 10 isolates were then tested for levan, lipase, and cholesterol oxidase yields, which all aid in overall gut health. Levan is a prebiotic that increases the beneficial bacteria in the stomach, and lipase and cholesterol oxidase aid in fatty food digestion and transport within the body.

Through several tests, the researchers found four isolates with the largest levan yield, and all 10 isolates contributed to cholesterol reduction. Additionally, the isolates showed negative hemolytic activity, meaning there was no breakdown of red blood cells, and the tested bacteria showed sensitivity to antibiotics.

From these tests, the researchers concluded that the four honey isolates can be used safely in pharmaceutical and food applications for gut health benefits and to reduce cholesterol—evidence that a little bit of sweetness actually can be healthy.

An appliance manufacturer and food researchers from the University of Cambridge are training a robot to learn what tastes good and what doesn’t, so it can become a better cook, paving the way for more effective automated or semi-automated food preparation.

When humans chew food, their perception of the flavor changes as the food mixes with saliva and digestive enzymes. The robot chef is learning to assess the flavor of a dish at different stages of the chewing process. It’s already been trained to make omelets based on the feedback of human testers, and now it’s going further.

The robot tasted nine different variations of a dish of scrambled eggs and tomatoes at three different stages of the chewing process and produced taste maps of the different dishes. This “taste as you go” approach improves the robot’s ability to quickly and accurately assess the saltiness of the dish, according to the study’s results, which appear in Frontiers in Robotics & AI.

“Most home cooks will be familiar with the concept of tasting as you go—checking a dish throughout the cooking process to check whether the balance of flavors is right,” according to Grzegorz Sochacki from Cambridge’s Department of Engineering, the paper’s first author. “If robots are to be used for certain aspects of food preparation, it’s important that they are able to ‘taste’ what they’re cooking,” Sochacki observed in a press release.

Americans are reaching more frequently for easy-to-peel citrus fruits rather than traditional oranges, and new data suggests that this trend will continue to grow.

Easy-peel citrus, also known as mandarins, includes a variety of citrus fruits like clementines, tangerines, and satsumas. These varieties are smaller than classic oranges and, as the name implies, are easier to peel open and eat while offering a similar taste experience. Mandarins also contain vitamin C and beta-carotene, which transforms to vitamin A in the body.

Convenience, health benefits, and taste all contribute to the growing popularity of easy-peel citrus. Additionally, exports of these fruits from South America began to increase in 2017 due to heightened production in Peru and Chile.

However, domestic production of mandarins has lagged behind consumption since the mid-1990s. While California expanded easy-peel acreage sixfold to 67,000 acres in 2021, Florida’s acreage has declined due to concern over the health of the plants. To date, one-third of all easy-peelers are imported to the United States.

As demand continues to rise, mandarin production will need to increase to meet current and projected consumption levels. This will likely benefit countries such as Chile, Peru, Argentina, and Uruguay as the leading suppliers of easy-peel citrus in North America.

Nearly three-quarters (73%) of Gen Z consumers believe that they are more concerned with the environmental impact of their food choices than those in other generations, according to the International Food Information Council’s 2022 Food & Health Survey. This is compared to 71% of millennials, 60% of Gen X, and 44% of baby boomers.

A recent study in Australia found that switching to a healthy Mediterranean diet significantly improved symptoms of depression in young men aged 18–25. Under the guidance of a nutritionist, a group of young men suffering from depression switched to a Mediterranean diet rich in colorful vegetables, legumes, whole grains, oily fish, olive oil, and raw, unsalted nuts.

“The primary focus was on increasing diet quality with fresh whole foods while reducing the intake of ‘fast’ foods, sugar, and processed red meat,” Jessica Bayes, a PhD candidate in the University of Technology Sydney’s Faculty of Health and lead researcher of the study, said in a press release. The study’s findings were published in the American Journal of Clinical Nutrition.

“There are lots of reasons why scientifically we think food affects mood,” Bayes said. “For example, around 90% of serotonin, a chemical that helps us feel happy, is made in our gut by our gut microbes. There is emerging evidence that these microbes can communicate to the brain via the vagus nerve, in what is called the gut-brain axis. To have beneficial microbes, we need to feed them fiber, which is found in legumes, fruits, and vegetables.”

Because roughly 30% of depressed patients fail to adequately respond to standard treatments for major depressive disorders such as cognitive behavior therapy and anti-depressant medications, this study suggests that dietary changes could represent another effective method of treatment for depression, Bayes said.

Once a fringe notion, the belief that dietary choices can prevent, manage, and treat illness has become increasingly mainstream. Today, 59% of consumers say that medicinal/curative benefits are important in their food and beverage choices, and 51% say they believe more strongly in the medicinal benefits of certain foods or beverages than they did two years ago, according to a new Kitchen Medicine study from HealthFocus International.

According to the American Society for Nutrition, the “food as medicine” concept combines nutrition and health care and may take various forms, such as medically tailored meals, medically tailored groceries, and produce prescription programs.

Other studies have shown that healthy food prescriptions can improve diet quality and cardiometabolic risk factors. One study, published in Advances in Nutrition, found that produce prescription programs “increase fruit and vegetable consumption and reduce BMI and glycated hemoglobin.”

For food industry leaders, growing interest in using food and beverages to prevent and treat disease offers a wealth of new opportunities.

"Vitamin C and magnesium are the most common ingredients in supplements and sports nutrition products, according to Innova Market Insights. They are followed by vitamin B6, vitamin B12, and vitamin D3."

Ben & Jerry’s recently announced the launch of Project Mootopia, an initiative aimed at alleviating the climate crisis. Through this initiative, Ben & Jerry’s seeks to reduce greenhouse gas emissions by 50% on 15 dairy farms by 2024. Dairy ingredients account for 50% of the greenhouse emissions for the company, so it was important to start there to reduce the carbon footprint. Global sustainability manager Jenna Evans said that the process begins with the cows.

“Cows are ruminants, which means they have four chambers in their stomachs, and they naturally emit methane during their digestion process,” Evans explains. “Methane is a super potent greenhouse gas and is 25 times more powerful than carbon dioxide, so it’s extremely important to try to reduce that as quickly as possible.”

By changing the cows’ diet and including new feed additives, farmers will be able to reduce the amount of methane produced. One additive, red seaweed, has already been shown to bind with the hydrogen present in methane and reduce emissions. Blue Ocean Barns also released a press release describing the company’s deal with Ben & Jerry’s to supply its new Brominata supplement to feed dairy cows.

In addition to changing the cows’ diet, Project Mootopia will introduce manure digesters and separators, as well as more regenerative agricultural techniques. Farmers with Ben & Jerry’s are working with academic researchers to ensure that their cropping practices will optimize the health of the cows and the land.

Consumers likely won’t even notice the effect of this change in the cows’ diet, says Evans.

“We won’t affect the taste or quality of the milk in any way,” she notes. “People will still get their Chunky Monkey and their Cherry Garcia.”

Evans says that Ben & Jerry’s plans to be very transparent in its progress with the project to share how other dairy farms can follow suit. The company is hoping that this will be a game changer in the dairy industry.

Sushi demand is higher than ever across the globe, but fish populations may not be able to keep up with consumers’ appetite for this popular menu item.

According to IBIS World, the sushi market in the United States has grown 23.9% in 2022 and is currently estimated at $27.5 billion. But as demand grows, the world’s fish supply continues to decline. The Food and Agriculture Organization of the United Nations reported in 2020 that current fishing practices are reaching unsustainable levels. Global fish consumption is increasing almost twice as fast as the annual population growth, higher than any other protein source.

Consumers are beginning to feel the effects of the shortage. Sushi prices have increased, and some restaurants have changed their offerings based on scarcity. Some are switching to omakase-style, only selling whatever kinds of fish are available that day, Taka Tanaka, CEO of AUTEC, a manufacturer of sushi robots, told The Food Institute.

Sushi chefs and restaurants feel the need to make a change, and quickly. Bon Appetit magazine reported that the sushi market is set to increase by nearly 3% by 2025. So it’s up to chefs to adapt to satisfy demand.

Bon Appetit also recently reported on chefs searching for sustainable ways to continue to meet demand for sushi, including the use of American catfish and silky eggplant. Other restaurants are using ethically sourced fish markets that ensure the sustainability of ingredients.

These restaurants may also need to rely on science for their ingredients. Companies like BlueNalu are experimenting with lab-grown fish and cell-cultured seafood, which has the potential to provide much needed relief to dwindling fish populations and to allow the ecosystems to bounce back from overfishing.

So while many people love to enjoy a fancy sushi meal, it may be time to look a bit closer at the sustainability of this delicacy.

The grocery business continues to face its share of challenges, including the acceleration of e-commerce sales, a fragile supply chain, labor market shocks, and unprecedented inflation. While continuing to manage these challenges, the most successful grocery retailers will also pay close attention to five trends in 2022, according to a McKinsey & Co. analysis.

To stay competitive, grocers must be prepared for these trends:

1) Rise of the value-conscious, healthier-eating consumer. Consumers are looking for ways to save money while eating healthier, offering grocers opportunities to tailor their value-priced, private label offerings to include healthier products.

4) Strategic workforce planning and investment in tech and analytics. As automation and AI promise to disrupt the retail workforce, now is the time to invest in upskilling people resources.

5) Growing importance of ecosystem and partnerships. More grocery retailers are expected to partner with delivery companies and tech companies to modernize operations and expand their reach.